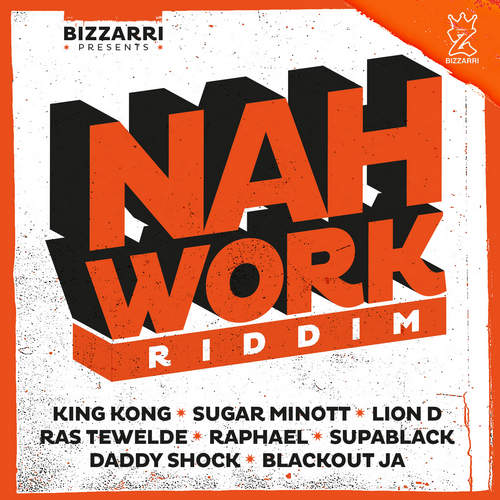 Ten years ago Italian reggae producer Leo Bizzarri and reggae singer Ras Tewelde went to Jamaica, where they met Sugar Minott. There they decided to record a tribute to the Studio One classic song “Oh Mr. DC”, which was a great success for Sugar Minott in 1979. The combination tune entitled “Oh Squadie” was recorded over one of the first Bizzari produced riddims, a remake of the much versioned “Pressure and Slide” riddim – amongst others known from Tenor Saw’s “No Work On A Sunday” in the 1980s.

Actually the recording with Sugar Minott was intended to be one of the tracks for a juggling project, but a few months later, when they were back in Italy, they learned the news of Sugar Minott’s sudden death and so “Oh Squadie” came out on Ras Tewelde’s “One Way Ticket” album which was released on Bizzarri Records in 2011. Since then the Riddim project remained pending.

In the year of Bizzarri Records 10th anniversary, Leo Bizzarri decided to publish, one of his first riddims in a completely new guise, “Nah Work”. By doing so he reactivated the juggling project he intended to do in 2010. He replayed and remixed the riddim for “Oh Squadie” together with Lion D & King Kong’s adaptation of the Tenor Saw tune called “Nah Work On Sunday”, and “A Weh Di Love” by Raphael & Blackout JA. Furthermore he added an unpublished song by two ’80s Jamaican singers, Daddy Shock and Supa Black, entitled “High Grade Sensi”.

An enjoyable musical nugget out of Italy.