Kumar – Message In Your Radio

Kumar – Message In Your Radio 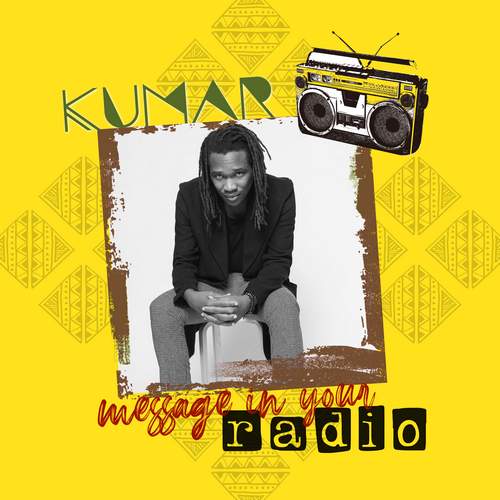 Since 2015, the Geneva, Switzerland based Fruits Records has been attracting attention from reggae connoisseurs and fans alike with a notable amount of album and singles releases from artists such as I Kong, Keith & Tex, Time Unlimited, Oku Onuora, LLoyd Parks, Micah Shemaiah, Samory I, The Viceroys, Sylvan White, Cornell Campbell, Najavibes, The I-Twins and The 18th Parallel.

The latest single is done in collaboration with Kumar Bent, the ex-Raging Fyah lead singer, songwriter and rhythm guitarist, who’s constantly writing songs, finding inspiration in his surroundings, while at home and on the road. Kumar met the Fruits Records crew back in 2016, when he invited them to play with I Kong at his Wickie Wackie festival in Bull Bay, Jamaica. From then, the musical friendship never stopped, doing different types of collaboration over the years.

Kumar’s touching vocal prowess with its unique tone caresses the listener’s eardrums while listening to this instant earworm which carries a sound that is immaculate. In contrast with the previously released material from Fruits Records, this Kumar’s feelgood piece “Message In Your Radio” comes with a noticeably more modern feel and vibe. The singer’s vocal delivery and conscious lyrics enhance The 18th Parallel’s powerful ‘live’ played original riddim. The flipside contains Gregory Morris’ dubbed up version titled “Dub In Your Stereo”, which is also worth hearing more than once.

Another quality release from the ever reliable Swiss reggae label.