North Blood – City Of My Mind

North Blood – City Of The Mind 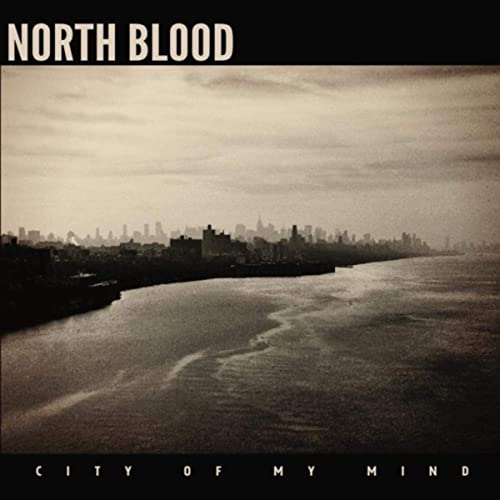 The creative brain behind North Blood is Brooklyn based Stu Mahan. He’s a producer and bass player. Stu’s been in the producer’s chair with Octopus Kid, Aimee Bayles, Royal Hammer, The Gainers and more.
The first release for the North Blood project is the single City Of My Mind, the vocal cut and a dub version. The original concept of City Of My Mind was the creation of a full-length album, filled with songs written with a homeless man in Brooklyn. Stu teamed up with Maine based reggae band Royal Hammer for the final version of City Of My Mind.

The 7inch vinyl single comes in an eye-catching picture card sleeve (photo by Ramsay de Give). Across the pulsating backbone laid down by Royal Hammer, the hypnotical vocals by David Gagne (Fantazmz) float gently but still penetrating. Add the intertwining of Ryan Zoids sax and the result is an ethereal musical excursion, an engaging soundscape, with thought-provoking lyrics.
The flipside is an adventurous voyage into the house of dub. North Blood’s contagious dub offering is built ‘pon Stu’s heavy bass and floating layers of vocals and instruments. These atmospheric vibrations create a musical groove that’s quite remarkable.

Not to be ignored!