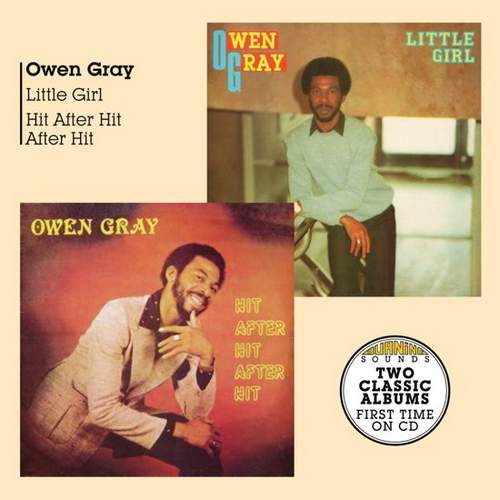 Throughout the ’60s and early ’70s Owen Gray, one of the true pioneers of the Jamaican music industry, enjoyed unparalleled success. However, in the mid ’70s, when Bob Marley & The Wailers defined Reggae as a dynamic, creative worldwide force, many of the music’s originators went overlooked. And thus, by the late 1970s Owen Gray, who had relocated to England, was no longer in the forefront of Reggae Music.

A new style of music, which wasn’t really new at all as it harked back to the very roots of Reggae, emerged much to the delight of a great number of fans who remained loyal and true to their favourite artists from the ’60s. It was music for the mature listener – in other words ‘Big People Music’, a genre characterised by mellow, sentimentally inclined ballads often accompanied by syrupy saxophones. For Owen Gray, the singer with the light voice but with a cutting edge to it who could convincingly act as a balladeer, this was a good opportunity to raise his profile again.

The first part of this cd – tracks 1-9 – is the reissue of the 1984 album “Little Girl” that was put out by Vista Sounds in London an Count Shelly’s World Enterprise subsidiary in New York, while the rest of the cd includes two medleys taken from “Hit After Hit After Hit Vol. IV”, originally released through Vista Sounds in the UK in 1983. Medley records weren’t new as the first was produced and released in Jamaica in the early ’50s by Stanley Motta. About 20 years later they enjoyed a huge resurgence of popularity in Kingston (think: ken Boothe’s “Original Six”, The Wailers’ “All In One” and John Holt’s “Paragons Medley”). However, the craze was short-lived, but reappeared following the breakthrough of Starsound aka “Stars On 45” in 1980. Owen Gray jumped on the bandwagon and started to release his “Hit After Hit After Hit” series, which aimed directly at the mature listener.

Most if not all songs featured on this cd are cover versions of classic tunes. The tracks from the “Little Girl” album and the majority of the medley tunes deal with romance… the searching for love, finding love, making all the promises, losing love and of course the joy of making up.

This is the ideal cd to keep the mature listener turly entertained!