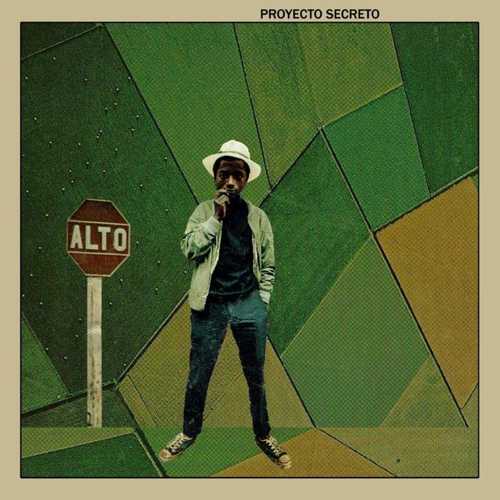 Proyecto Secreto is a ska band based in Gent, Belgium. In the second half of the 1990s Eduardo Vega and his friend Roberto Rojas decide to form a band called Proyecto Secreto. The band of seasoned musicians – Eduardo Vega, Michael De Schryver, Roberto Rojas, Luc Bas, Tom Callens, Divo Rojas – is known and loved for their ska sound with enjoyable undertones of latin, rock and even jazz that nourish heart and soul. On the stages of Europe, they perform with flair and power. April 2003 sees the release of the album Bruce Lee Is Back. Their latest effort is the album Alto. It includes guest performances by Dave Hillyard and Vic Ruggiero from The Slackers. The album was mixed by Latin Grammy Award winning engineer en dub master Victor Rice.

The LP is mainly an instrumental set. The sound of the band highly depends on Michael de Schryver’s Elkatones, seductive horn riffs, and ingenious arrangements. There’s one vocal track and two dub workouts. To start with the dub tracks; Victor Rice is credited as ‘dub master’ on the sleeve and that’s no lie! He knows his way around behind the mixing board in the studio and masterfully constructed the dub pieces Mike Tyson Dub and Green Cake Dub. The latter is a funky drum and bass backbone with relevant organ and horn solo’s. Pure niceness!

Tainee reminds us of the early days of Studio One’s house band, Sound Dimension. Ethiopian Gipsy with its trombone part and intriguing guitar riffs makes this piece an instant rewinda! On Guilty Vic Ruggiero delivers his cheesy vocals across a standard ska-ish riddim. Jamaica 69 brings some serious energetic up-tempo fun. The tune was recorded in 2006 and released as a kind of comeback single in 2019.

Personal favorite is Dance Obama. A well-done piece flavored with soaring guitar licks across an undeniable appealing latin riddim. The band shows its versatility on Tribute To Ruigoord, a tune with funky jazzy overtones. It refers to Ruigoord, a creative village just outside Amsterdam. Rocksteady is one of Jamaica’s most popular music styles. Rocksteady Nr1 isn’t a rocksteady tune, it’s a fast-paced organ romper, reminiscent to the late 1960s productions of Lee Perry.

Excellent set out of Beljam!