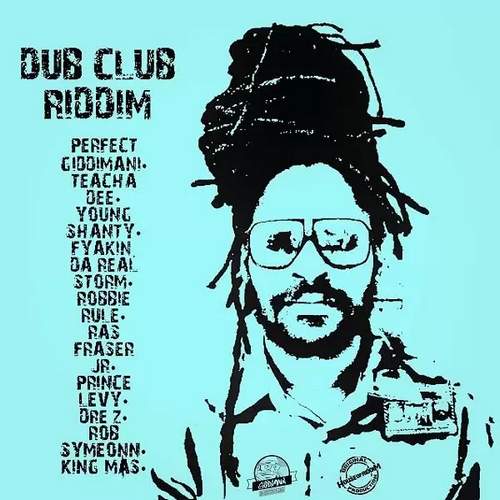 ​From the prolific Giddimani Records comes a brand new juggling project entitled “Dub Club Riddim”. It features nine vocal cuts and the straight instrumental version of a gorgeous reggae backdrop, which has been built by the well-esteemed Austrian band, House of Riddim. The latter has done extensive work with Perfect Giddimani, going all the way back to 2009 when the band’s own imprint released the infamous “Big Fat Ganja Spliff”. So, the fact that it is them behind this new project is no surprise at all. This set shows that you don’t need to have a star studded roster to come up with a fully entertaining collection of tunes.

The herbalist tune “420 Movie”, Perfect Giddimani’s collaboration with Fyakin, gets this extremely solid selection off to a rocky start. Next comes Prince Levy’s matching “Spirulina”, which sounds very nice to the ears. Really appetizing is “Cannibal”, a massive combination of American reggae & dancehall artist Young Shanty and singer/songwriter King Mas aka MaSicker from Boston MA. These two artists absolutely rule this riddim. Even though Teacha Dee’s “World Crisis” doesn’t deal with the Corona virus, it couldn’t be a more fitting song in the dreadful times the world has been going through in recent years. And there’s also the stellar “No Abuse” by Ras Fraser Jr, a poignant song that belongs to the set’s highlights. A native of New Mexico, prolific roots reggae singer, songwriter and producer Dre Z (Melodi), delivers the noteworthy “Vision Jubilee”, while Rob Symeon’s spiritual song “Trustworthy” shouldn’t be overlooked either.