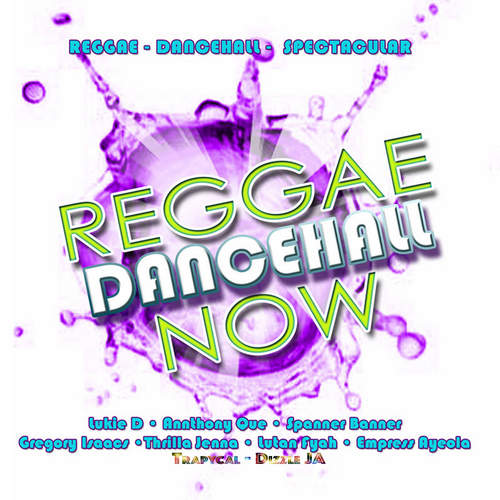 After the release of the 11-track compilation “Just Another Day”, Jamaica based Rude Productions and the Mun Mun International record label have jumped up on radars again with their next selection entitled “Reggae Dancehall Now”. While “Just Another Day” mainly featured tunes by rather unknown singers and deejays hailing out of St. Thomas JA, this new whopping collection of tunes produced by Emmanuel ‘Rude’ Davies presents some of the bigger names in Jamaica’s popular music such as the late great Gregory Isaacs, Lukie D, Spanner Banner, Lutan Fyah and Anthony Que.

Best represented are Lukie D, who offers six tracks, and Gregory Isaacs with four tracks, while Spanner Banner, Anthony Que and Lutan Fyah contribute two pieces each. “Reggae Dancehall Now” is a well varied set that incorporates various styles including Reggae, Lovers Rock, Dancehall and even some Dance music. Riddimwise the listener is mostly treated to original melodies. But there’s also a decent remake of Alton Ellis’ “I’m Just A Guy” riddim included, while also the riddim that underpins the first two tracks of this set sounds very familiar to the ears.

Although it looks like some of the material included here has been taken from the producer’s vault, there is definitely real good stuff here. The incomparable ‘Cool Ruler’ Gregory Isaacs solely delivers lovers for lovers with in particularly “My Kind Of Lady” and “Come Take My Hand” being the best. Lukie D, a singer with an exceptional voice and astounding skills, mainly comes up with songs that sound a bit too poppy. However, it’s his dynamic voice that makes these kinda songs still nice to hear. But luckily there’s also “Cry For Love”, a Lukie D tune that will surely appeal to the discerning Reggae lover. The finest moments to be found among the rest of the tracks include Spanner Banner’s “Love You Always”, Anthony Que’s outstanding “Mr Bad Mind”, and Thrilla Jenna’s “Bob Said”. Also don’t overlook Empress Ayeola’s wonderful “Mother Nature”, and Lutan Fyah”s “Exit The City”, both coming across the same riddim.

Even though not every track is a winner, there are enough tunes included here that hold your attention!