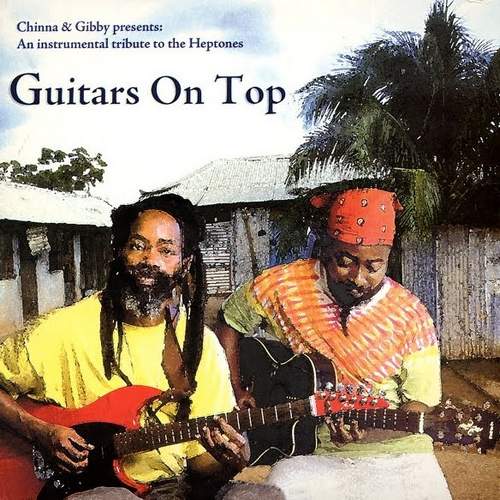 Earl “Chinna” Smith has been a mainstay in Reggae Musik for over decades. From his foundation with the Soul Syndicate to bandleader of the High Times Players and his impact on the legendary “Inna de Yard” sessions at his gates; this guitarist and producer is a livication of Roots! Along the way, he has helped countless musicians to mature. One of those fortunates is Leebert “Gibby” Morrison; an incredible bassist/guitarist who got his start with the High Times Players back in the early 1980s. This album is a testament to their bredrin-ship!

“Guitars On Top” is a classic tribute to the glory days of one of Jamaica’s golden harmony groups, The Heptones. Chinna and Gibby approached the project true to the core. Every song sounds like it came straight from Studio One with Clement Dodd at the helm. Actually, the tracks were recorded at Inna De Yard Studio with Chinna’s son and Gibby; a very grass roots feel.

“Equal Rights” is given a masterful treatment with tight drumming from the late Carl Ayton and percussion from the stalwart “Sticky”. ‘Soul And Power” is transcended by Chinna’s bluesy guitar work. The harmonies are expertly substituted with amazing acoustic and electric guitar and bass work. This is strictly yard style; drum and bass and guitar and percussion fused together to make a fully rounded sound. Ultimately, this is a tour-de-force for all those involved. Think of an “Inna De Yard” recording without the beautiful voices of Leroy Sibbles, the late Barry Llewellyn and Earl Morgan!

From start to finish, this is a must for any serious collector.