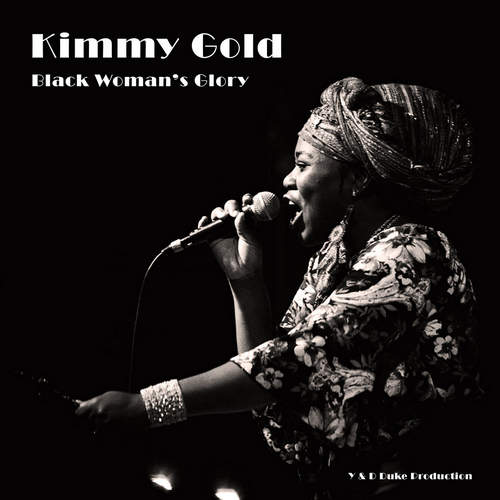 During a trip to Jamaica, Yves ‘Duke’ Ducrey was introduced to Kimberlyn Goldson aka Kimmy Gold, a singer and keyboardist from St Ann, the famous parish where Burning Spear, Bob Marley and Shabba Ranks were born. As her melodies seemed to be made for the riddims freshly composed by the Duke brothers, Yves Duke decided to produce the first album of this female singer and arranged a first session at the Mixing Lab Studio and then a second at Flabba Holt’s studio.

When Kimmy Gold came to Switzerland to tour, they had the opportunity and time to finish her first album in the The Duke Brothers’ professional recording structure in a preserved spot in the heart of the Swiss Alps. Actually Kimmy Gold was the first artist to benefit from the brothers’ new concept that encompasses all stages of production, from composition to publication along with artists’ residencies, accompaniment and management.

The 10-track “Black Woman’s Glory” consists of 7 conscious vocal cuts and 3 dub excursions. The tracks Kimmy Gold has voiced show the listener that she has a wide vocal range that enables her to find her flow perfectly well on any kind of riddim. Of particular interest are “Blaze Up The Flames”, the empowering title track “Black Woman’s Glory”, “Let My People Go”, and the massive “Chant A Psalm”. These tracks are of significant quality, although in terms of quality the other songs also make a decent impression.

If you like Reggae music, there is something on this album that you’re going to enjoy.