Edley Shine – Based On Talent EP

Edley Shine – Based On Talent EP 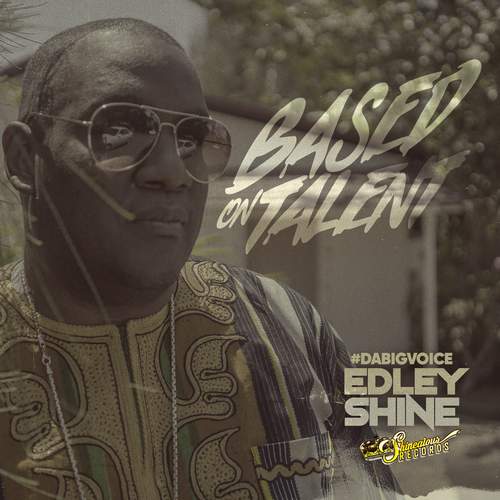 The skilled artist Horace ‘Edley Shine’ Payne rose to fame in the 1990s as 1/2 of the ground breaking Born Jamericans, which he formed together with smooth and melodic vocalist Norman ‘Notch’ Howell. The pioneering duo was successful in bringing together Jamaican Dancehall and US Hip Hop. Their 1994 released debut album “Kids From Foreign”, on which classic dancehall riddims like “Stalag”, Hi-Fashion”, “Shank I Shek” and “Prophecy” were fused with rugged hip hop drums, saw the pair mix roughneck Jamaican-style deejaying with yearning vocals. At the time the album particularly impressed with its freshness. About two years after the release of their 1997 released sophomore album, “Yardcore”, the duo broke up and decided to go their separate ways.

And now there’s the long awaited 5-track “Based on Talent” EP (plus a bonus song), Edley Shine’s first solo project in over 20 years. Produced by young producer Roe Summerz aka The Riddimisist, a mastermind behind hit songs for Vybz Kartel and Tommy Lee Sparta, and Riddim Boss, the barritone artist with “Da Big Voice” transcends music boundaries and genres. Here Edley Shine fully displays his vocal versatility as he treats the listener to straight hardcore deejay bars, singjaying or straight up singing.

True to his Jamaican heritage, Reggae and Dancehall sounds take center stage, but – as expected – the music also incorporates elements of R&B and Hip Hop. Whether he’s saluting natural queens on the candid and melodious “Factory Skin”, unleashing hardcore Dancehall lyrical word play on “Cyan Recova”, crooning grown up settings on “Big Mon Ting”, turning up the party vibes on “Glow Party” or getting nostalgic on the cool “Babylon Breeze”, every tune on this EP has great appeal and is worth listening to.