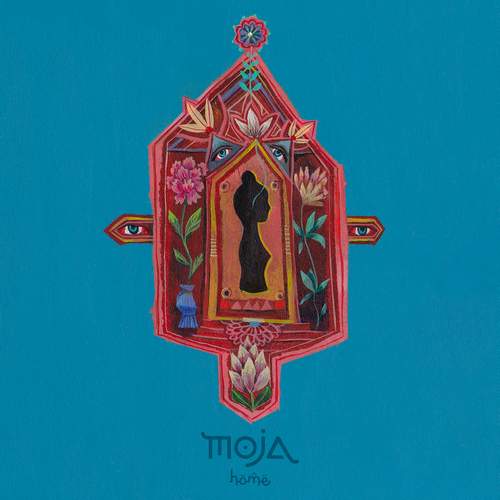 Two years ago French band Moja released their critical acclaimed full length debut album called “One”, which not only secured them a place in the new French Reggae scene but also attracted attention outside their homeland. Now this entertaining fine band returns with their eagerly awaited follow-up project. It’s a brand new EP entitled “Home”, of which can be said that what they offer the listener is surprising, captivating, and universal.

Featured on the “Home” EP are six musical gems which were written in collaboration with Flox, and composed and arranged alongside Tamal, a true musical goldsmith. Moja, fronted by lead singer Marine “Mamatya” Annic whose powerful and enchanting voice is simply magnificent to hear, draws its inspiration from the sources of Reggae and Dub music, while also influences of Soul and World Music are part of it. All in all this collection opens a new chapter of the band as they venture beyond Reggae music’s usual codes.

With this new release, Moja affirm their authenticity with multi-faceted compositions that touch the heart and nourish the soul, with sincerity and feminity. Musically the “Home” EP, which features original organic riddims tinged with heavy and hypnotic bass-drums grooves that create a great vibration, is ear-candy for the listener from beginning to end. Lyrically the band displays a sincere commitment for humanist and universal values. Although each track has its own merit and is a real joy to listen to, it are in particular personal favourites “Home”, “Love Is A Lever” and “Citizen Of The World” that get multiple plays.