Various – In The Flow Riddim

Various – In The Flow Riddim 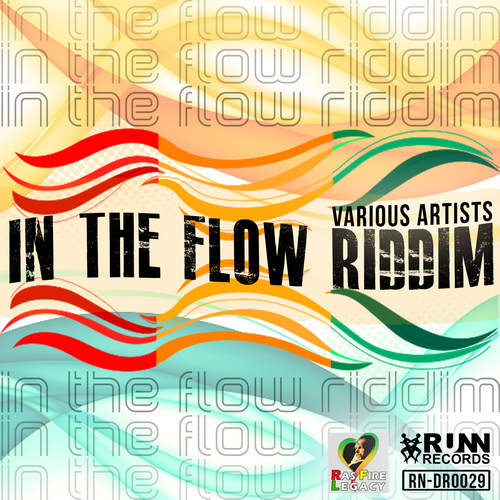 There has been a strong link between Runn Records producer Guido Delvoux and the late Aart Timmermans aka Ras Fire since 1999, when the label released the latter’s cd “Forward” with The Righteous Rockers. In particular in recent years the two have collaborated on various projects with artists such as veteran Brother Culture, talented songstress Samora, Britain Got Reggae finalist Reuel Benjamín, and Natty Campbell, and have been working on a variety of riddims. One of those riddims from what can be called the Ras Fire Legacy has now been released on all digital download and streaming platforms.

The “In The Flow Riddim” features three vocal cuts, a dub effort and a straight instrumental version. Jamaican vocalist/songwriter/producer and studio engineer Ras Sherby, a singer with a vocal style reminiscent of the late Garnet Silk, opens in fine style with the solid “Never Give Up On Jah”. He’s followed by Angel Powah, whose “The Power Of Music” is the first official release of this Dutch songstress, who has been backing vocalist in Ras Fire’s band The Righteous Rockers and currently is a lead singer/back vocalist of roots reggae band The Frontliners. And then there’s also a cut by Natty Campbell, a dynamic young MC and singjay based in London UK who’s part of the Reggae Roast Sound System. The appealing “Easy And Ready” has him telling about happenings at a sound system dance. This tune actually follows up the last year released single “Riddim & Sound”. Both Barry O’Hare modest “Dub The Flow” and Erik Ritfeld’s “in The Flow” are nice additions.

All in all an enjoyable EP.