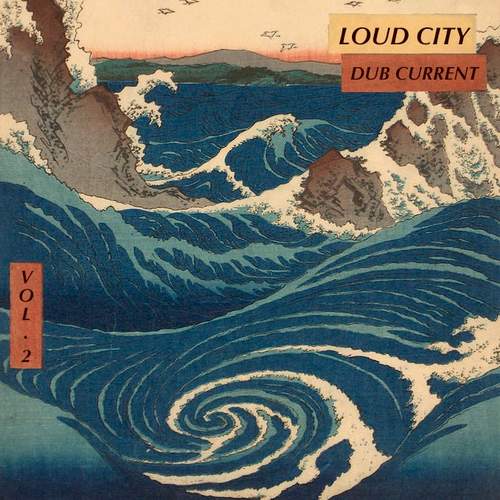 After the first official release from Loud City Music in 2017, a showcase of Loud City’s production skills titled “Dub Current”, the Seattle-based 3x Grammy nominated production duo is back with the next collection of dub versions of some of their top releases and collaborations.

Loud City’s dub project gives new life to 8 tunes in which they were heavily involved in recent years. By pulling out all the stops, the duo has done such a good job that most likely this selection will have dyed-in-the-wool modern Dub fans jumping up and down.

First of all there’s the solid dub of Bushman’s 2019 released song “Brighter Day” on the big “Rasta Soul Riddim”, done in collaboration with Upsetta Records. Next comes the awesome dubbed up version of the 2019 released single “Glad To Be” by Jesse Royal & Randy Valentine for which Loud City joined forces with King I-vier Music. Mortimer’s herbalist anthem “Ganja Train” for Royal Order Music takes the listener back to 2016, now delivering the highest grade in dub music. In 2019 dancehall artist Tommy Lee Sparta attracted attention with his inspirational reggae tune titled “Tomorrow’s A Better Day”. To hear it in dub form is really nice.

Emmanuel Andrews Sammini aka Samini, the African star from Accra, Ghana whose music is a mixture of African melodies, dancehall, reggae, hip-hop and R&B, has many musical awards under his belt. The dub version of “Natty Dread”, featured on his 2018 released seventh full length album “Untamed”, is very pleasing. The combination tune “Best Friend”, a track from Conkarah’s “Excita EP”, features Jamaican reggae sensation Tanya Stephens. The dub version is a glorious effort. Randy Valentine’s “Vigilant”, one of the most impressive tunes from his “New Narrative EP”, gets a brilliant dub treatment. “Rudie” by Jamaican songstress Zia Benjamin, who possesses a resonant, soulful voice, was produced in collaboration with producer and one of Jamaica’s top DJ’s ZJ Sparks (aka Sparkiebaby and D’Wildchild). Also worth hearing.

All in all an exciting piece of dub works!