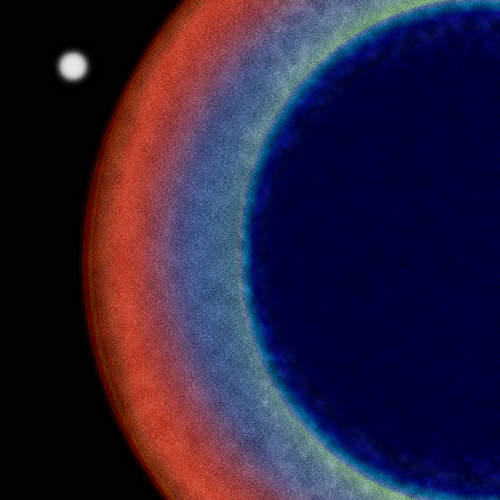 Kosmo Sound, the six-piece instrumental formation from Ghent, Belgium is back with a new single, “Aunt Sister Lydia”. An odd title indeed, but that’s nothing compared to the pretty weird artwork for the sleeve of the single, which has been done by Bart De Vos. The title as well as the sleeve makes one curious about what will be heard when the band’s latest composition leaps off the speakers.

After the release of their “Kosmo Sound EP” in 2018, the 2019 single “Ilam b/w Ilam Dub” and its follow up, the earlier this year released single “Furious”, this interesting band comes up with a brand new instrumental piece more than worth hearing. In fact, we simply couldn’t stop listening to “Aunt Sister Lydia” as it’s an intriguing, about 6 minutes lasting effort. The track, which is linked to the freedom and improvisational character of jazz and dub music, is built up at ease by the highly educated musicians, who manage to keep it strikingly balanced and fresh throughout. Each time you listen to “Aunt Sister Lydia”, there’s something new to be discovered in this track. And thus the listener is kept involved until the very end. The drum and bass are of course the solid foundation of “Aunt Sister Lydia”, but they are expertly complemented by the crucial interplay of guitars, sax, and keys.

The musicians of Kosmo Sound continue to develop themselves in creating music that tickles the listener in various ways. And by the way: “Aunt Sister Lydia” is a tribute to the aunt of Kosmo Sounds’ founding member and drummer Marius Couvreur.