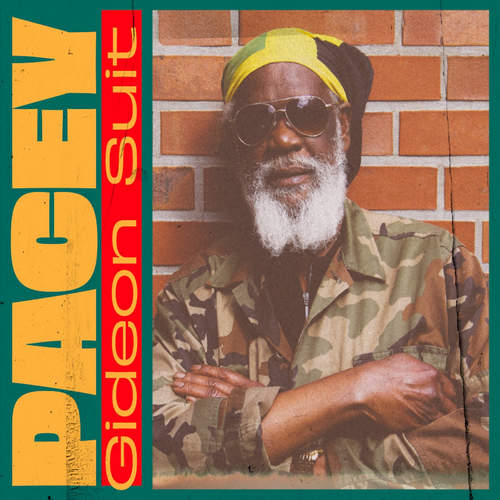 Born in the parish of Clarendon in southern Jamaica, singer Wallen Earl Rickett aka Pacey aka Rasta Pacey is a contemporary of Everton Blender with whom he, and also Curtis Smith, formed a teenage group called Everton & The Blenders. The group split up, but due to his life-long friendship with Everton Blender, Pacey did the backing vocals on Blender’s first release entitled “Bah Bah Black Sheep”.

Musical aptitude lies in Pacey’s family. His brother Stan Rick is also a singer, his cousin Ian “Beezy” Coleman played guitar in Ziggy Marley & The Melody Makers and is also a singer in his own right. After the teenage group had split up, Pacey focused on his solo career and started recording at Channel One Studio in 1978, followed by two single releases on the Good Samaritan label. He earned his living in Ocho Rios and along Jamaica’s north coast as singer in the hotel circuit and tourist resorts. In 1995 he made his appearance at Sunsplash, and later that year at Sumfest in Montego Bay.

At the end of 2000, while having relocated to Germany, Jody G Productions released the singer’s 12-track album “You Are”, which he had recorded for producer Barry O’Hare at Grove Music, Ocho Rios, Jamaica. Now, twenty years after the release of his debut album, Pacey is back with his fourth full length album titled “Gideon Suit”. It’s a delicious 12-track set that features well crafted tunes delivered over well played riddims. After all those years, vocally Pacey is still in good shape, which makes it a joy to listen to his songs. With the exception of the nice lover’s lament “Baby Don’t Leave Me”, this album all about roots ‘n’ culture music, with the real bright sparks being the extended version of the previously released single “Joy & Pleasure”, the superb “Jah Is My Light”, and the huge “Ethiopia Is Calling For Peace”.

This is a totally enjoyable and very satisfying album that shouldn’t be ignored by any real reggae fan.