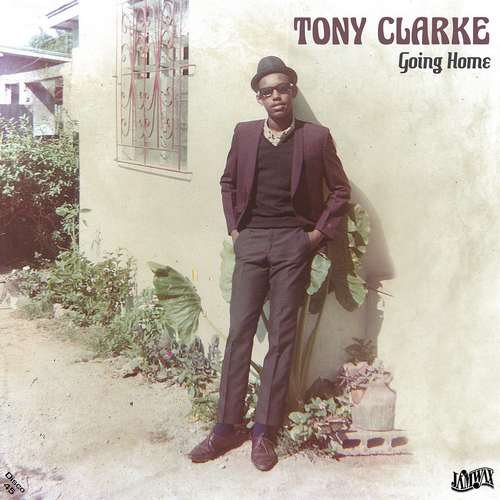 Jamwax Records from France was founded in 2013. They reissue lost treasures from the Jamaican & Caribbean music history with their slogan “The Future Sounds Of Yesterdays Dreams”. Checking their catalog we stumbled across a lovely 12inch from singer Tony Clarke, with two tunes inna discomix stylee that he recorded back in 1982. Their release, in a picture sleeve, comes with extensive liner notes.

Tony, aka Ruel Anthony Clarke, hails from Waterhouse, St. Andrew Jamaica. Located in New York in 1971, he cut his first single called Righteous Man. He embarked on a career that didn’t entirely work out as planned. Convinced that the best reggae music could only come from, and be created in Jamaica to substantiate the true feeling of the genre, he decided to go back to Jamaica and record Going Home at Harry J Studio with Studio One veteran Sylvan Morris as engineer. UltraSonic released it as a 10″ with moderate success.

His ‘fragile’ vocal delivery reminds us of the great Pablo Moses. The roots reggae song Going Home is masterfully underpinned by Lloyd Parks’ tight bass lines, helped by guitarist Andy Bassford and Bo-Pee. The hornsmen David Madden and Junior Chico Chin provide excellent duties. The B-side reveals the lovers’ side of Tony. Inna truly hearfelt manner he takes on the 1959 Dee Clarke hit Hey Little Girl. Pon a backbone that seems to follow the bass line of the Shank I Shek riddim he does a splendid, sweet-voiced job.