Various – Love Is The Solution

Various – Love Is The Solution 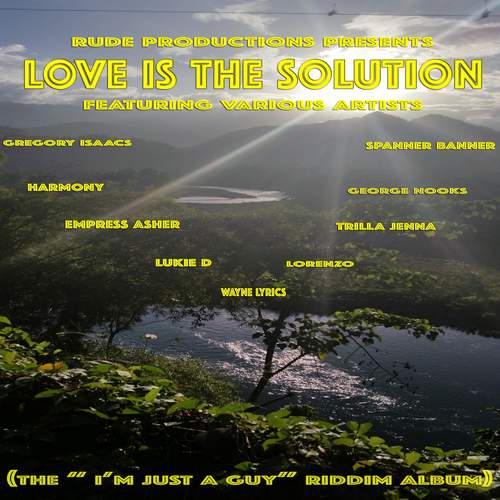 Featured here are already known tunes by Jamaican veteran artists George Nooks, Spanner Banner, Wayne Lyrics, King Lorenzo, Lukie D and the late Gregory Isaacs that were produced by Emmanuel Rude Davies and Junior P. They are accompanied by some new cuts on a new interpretation of Alton Ellis’ much versioned Studio One backdrop from 1967. Each track on this album has its own uniqueness. Even with “Love Is The Solution” being a ‘one riddim’ album, this has been achieved by every single track being recorded and mixed on a separate day as well as vocals being recorded in different studios.

George Nooks, who rides the irresistible riddim in fine Dennis Brown-esque vocal style, kicks off with the title track, before Spanner Banner takes over with the delightful “Nuff Love”. Next comes Gregory Isaacs who delivers the great lovers piece “Yes Baby” in his inimitable crooner style. Trilla Jenna’s “Hot” is a nice effort, which is outmatched by King Lorenzo “Holding On To Love”. “Life Is Important” by Wayne Lyrics is a decent conscious singjay piece. Blessed with an easily identifiable and exceptional vocal style, Lukie D delivers the very enjoyable “Smiling Face”. Also very enjoyable to listen to is Harmony’s beautifully sung “I Can Be The One”. The incredibly talented singer/songwriter Empress Asher from Manchester UK shines on her smooth and soulful song “Going On My Way”.