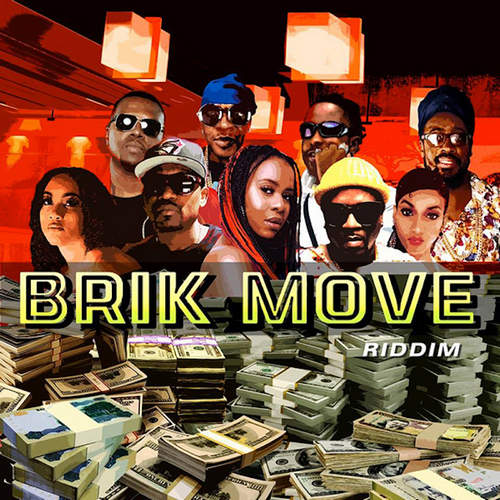 It’s almost the end of the summer of 2020 and seemingly the perfect moment for esteemed producer Frenchie to drop his brand new dancehall riddim entitled “Brik Move” via his well respected Maximum Sound label. With almost every riddim project including a hit tune like in case of the “Top Spot Riddim” Christopher Martin’s “Glow” and Busy Signal’s “Jamaica Jamaica” for the previous this year released “Jamaica Rock Riddim”, most likely this new riddim selection is going to add another hit to the producer’s hit laden catalogue.

The “Brik Move Riddim” has a strong crossover vibe and is extremely danceable, which makes it a real club banger. Hard to tell which song is the best contender for becoming Frenchie’s next hit. Not only the established artists but also the aspiring vocalists deliver cuts that spark colourful vibes and are guaranteed dancefloor fillers. They truly create party vibes all the way!!

Anyway, without doubt it’s safe to put your money on the first two tracks of this riddim selection. It surely helps when an artist is a tried and trusted hitmaker, and that’s what both Beenie Man and Busy Signal are. The collaboration of Jamaican female artist Jae Xo with dancehall veteran Beenie Man makes “Love Yuh Bad” definitely more interesting to hear, but after several listenings one can only conclude that most likely Busy Signal’s “Chip Chop” is going to be the chart topper. The remaining vocal cuts have their own merit and are also really nice to hear as there’s no real weak tune around.

This summer smash will have you move your dancing feet and whine yuh body!!