Junior X – Jah Will Deliver Us

Junior X – Jah Will Deliver Us 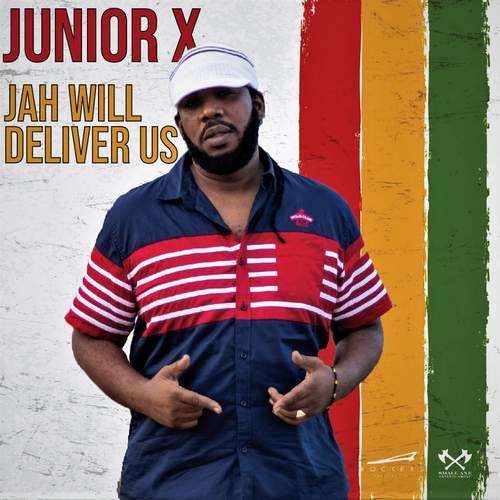 Earlier this year, on May 22nd, the “Paradigm Shift Riddim” was released on all digital download and streaming platforms by Rebel Sound Records. The riddim, a creation by Calvert ‘Cally B’ Barclay for US-based Small Ax Entertainment and mixed and mastered by E.N Young at Imperial Recording Studio, featured cuts from Jamaican artists like Duane Stephenson, Chezidek, Fantan Mojah, Lutan Fyah, Tydal Kamau and Junior X. About three months after the release of that juggling project, the Rockers Artist Agency label out of the Netherlands has selected Junior X’s “Jah Will Deliver Us” for release on their imprint.

Junior X aka ‘The Prince Of the Battle Field’ is a talented Rastafarian chanter whose inspiration comes from the Most High. This is once again underscored by “Jah Will Deliver Us”, a song delivered in the singer’s typically subtly brilliant way. Although Junior X attracted notable attention from fans of modern reggae with tunes such as “Surfer”, “Hustler”, “Cross Me Heart”, “The Pill” and “Plead My Cause”, perhaps his biggest hit to date, he didn’t manage to achieve a big international breakthrough.

Junior X is known for providing large social commentaries, and – besides being a praising song – that also goes for “Jah Will Deliver Us”, which is full-on masterful. While the lovely “Paradigm Shift Riddim” has great appeal, it’s truly inspiring to listen to the lyrics of this uplifting effort. Hopefully Junior X is going to deliver the follow up to his 2011 released debut album “Plead My Cause” at some point in the future because, as is evidenced here, it could be masterful.

A strong song and one of Junior X’s finest offerings.