Keeling Beckford – Be What You Want

Keeling Beckford – Be What You Want 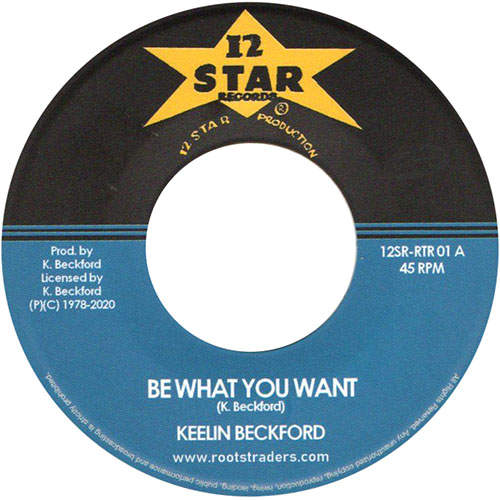 Drop the name Keeling Beckford and most likely the mature reggae fan will instantly remember him as the man who produced and distributed numerous reggae and dancehall videos with his Brooklyn-based Keeling Records in the ’80s and ’90s rather than think of him as a veteran reggae singer.

An aspiring singer/songwriter in his boyhood days, then 13-year-old Keeling Beckford, who was born in Kingston and raised in Islington, St Mary, topped the Jamaican charts in 1968 with the very catchy hit song called “Combination”. Ironically, the cousin of Stanley Beckford, Maurice ‘Blacka’ Morwell and Nicodemus, was turned down by the likes of Desmond Dekker and Lee ‘Scratch’ Perry at auditions and it was his persistent nature that led Perry to eventually give him the opportunity to record “Combination”. Several recordings followed and although not as prominent as “Combination”, Keeling Beckford recorded quite a few notable songs in the ’70s and ’80.

One of them is the superb song “Be What You Want”, now for the first time issued on 7″ vinyl with a dub version on the flip. Keeling Beckford’s self-produced 1978 roots recording across the same riddim as Paul Sinclair’s “Give A Helping Hand” has been reissued on his 12 Star records label by London-based Roots Traders Records. “Be What You Want”, known from Keeling Beckford’s 1978 LP “Combination”, was recorded at Channel One Recording Studio in Kingston with The Revolutionaries as backing band.