The Navigator meets Mighty Prophet – The Gift Of Jah

The Navigator meets Mighty Prophet – The Gift Of Jah 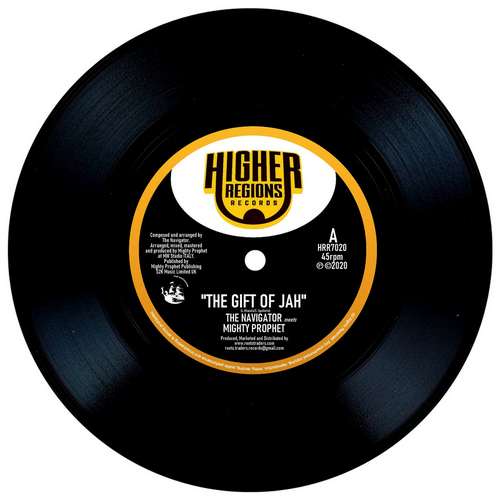 On Higher Regions Records, a roots and dub record label based in Italy, comes the latest effort of producer, mixing engineer, studio owner, selector, and DJ, Mighty Prophet. It’s the result of a collab between him and trumpet player The Navigator. Their first encounter was in 2018 when they released the single Roots Of David. Mighty Prophet can rightly be called a veteran of the scene. Since 2006 he has been active in various fields and with success! With his high-quality productions, he is a much sought-after producer worldwide.

The Gift Of Jah is a rich steppers riddim, the combination of Mighty Prophet’s captivating riddim and The Navigator’s mesmerizing trumpet delivery is flawless. The flipside is on par and gives plenty of room to the riddim, by omitting the trumpet part in the middle. The pace remains in the riddim through moderate use of effects.