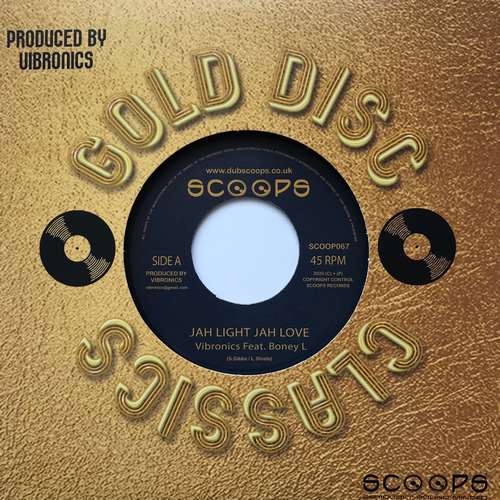 It was the joint discovery of the Aba-Shanti-I Sound System and digitally sequenced music that first inspired Steve Vibronics to try his hand at building dub tunes. A minimal studio was put together at home during 1995 using the most basic of equipment – a dilapidated 16 track mixer, reverb and echo units, a couple of synths, and an Atari computer.

Throughout the years, Vibronics -the musical movement built around founder Steve Vibronics- have established themselves with a distinctive sound through a series of exclusive Dubplates for many UK Roots Sound System legends and the production of many strong roots tunes, including several releases on their own SCOOPS imprint as well as other labels like Universal Egg and Jah Tubbys. The list of dub & reggae luminaries they worked with is endless, check Big Youth, Zion Train, Ranking Joe, and many more.

Their latest release is a fantastic reissue (limited edition) of the 1998 single -the first-ever Vibronics 7″ single!- on Neil Perch’s Deep Root label. It’s part of the so-called Scoops Gold Disc Classic series. Side A is the original mix, but side B is a previously unreleased dub version. Its captivating drum and bass steppers stylee, flavored with a hypnotic, repetitive vocal performance, creates a mesmerizing atmosphere. Combined with the pumping bassline it settles with ease into your mind and body.

We’re sure that this one will be (re)discovered and appreciated by the new generation of sound systems, so light up the chalice and play this one loud…and don’t forget the dub!