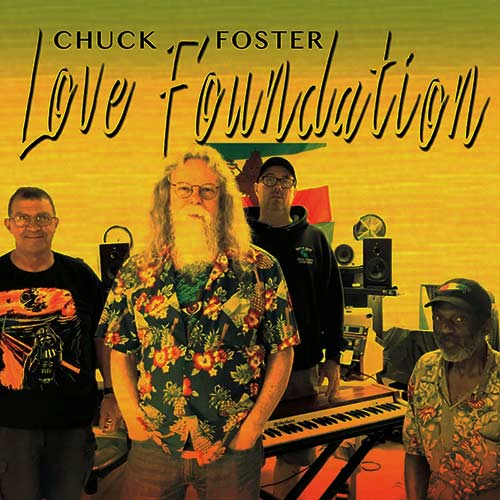 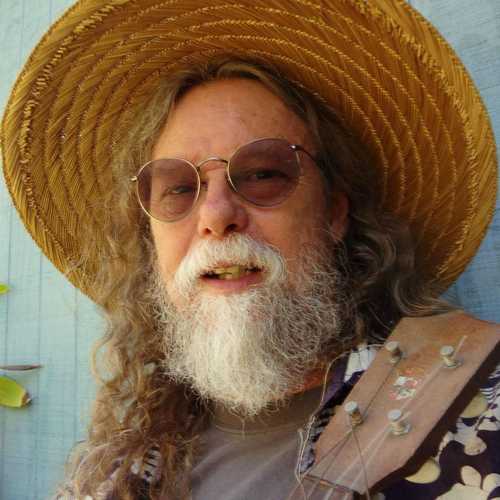 Chuck Foster is an authentic reggae veteran, but not only in the sense of an artist or musician. His achievements also lie in the field of publications, such as the well-known book Roots Rock Reggae, and his contributions as a long-time columnist for the defunct Beat Magazine and Reggae Festival Guide are critically acclaimed. As host of Reggae Central on radio KPFK in California, he contributed to the spread of the reggae vibes.

He is also a musician, producer, and owner/founder of Catch Me Time Records. The label is dedicated to releasing music inspired by the Jamaican vibe as it has manifested in ska, rock steady, roots, and contemporary dancehall culture. He has a string of releases to his name and Love Foundation is his latest achievement.

It is no unknown fact that Chuck’s vocal range is somewhat limited, including hints of blues, rock, and country. So it takes some getting used to if you are not familiar with his work.

His music is authentic, honest, and shows craftsmanship. The 17 songs are original compositions recorded at the Rough Sounds Studio in California. Accompanying musicians include Mike Irwin on bass, Tony Bird on keyboards, Todd Johnson on trumpet, and Alberto Fernandez & Mystery man on guitars.

The unmistakable style of his previous albums is also present here. Traditional one-drop reggae, richly orchestrated, with a lot of guitar solos, which sometimes should have been left out, but that is a matter of taste. His songs are about his perceptions of the life around him and his feelings about it. Songs like Uphill Against The Wind and I’m Not Afraid are much needed positive messages, another highlight is Suspect In Custody. When Danger Comes is a clear plea to be responsible for each other and to provide help where needed. Maybe Tomorrow convinces as a whole, with nice keyboard lines by the way. The latter can also be found on It Feels So Right, a swinging tune that bears witness to Chucks’ positive outlook on life.