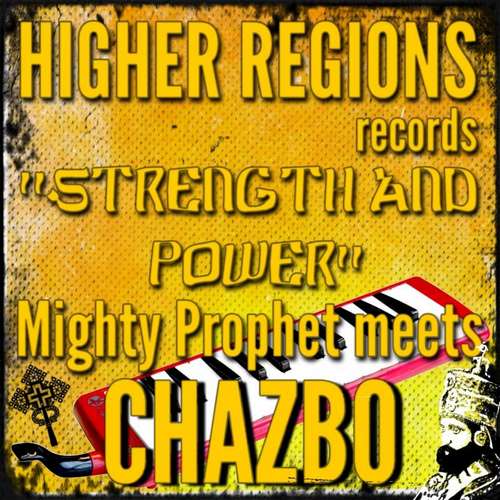 Higher Regions Records is an independent roots and dub record label based in Italy. Since their inception in 2009, they have been purposefully working on spreading roots reggae and dub, and the positive message of rasta conscious music. All this under the inspiring leadership of founder The Mighty Prophet.

They recently re-pressed some of their earlier releases. The single Strength And Power was released in the summer of 2014. This one is now available again.
On this single, Mighty Prophet collaborates with Chazbo. He is one of the veterans of the UK steppers scene and founder of the legendary Bush Chemists.

The result of their collaboration is a pulsating steppers riddim with Chazbo sublimely playing the melodica. On the flip side, the riddim takes on iron strength, and the echo chamber and reverb are utilized with veteran touch.