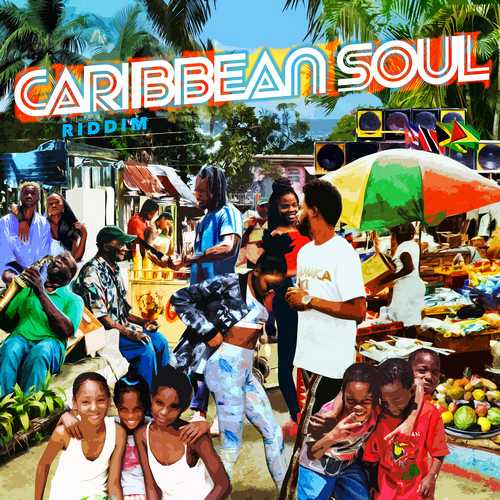 UK-based producer of hit riddims, Frenchie, has put out Maximum Sound’s final riddim for 2020, the “Caribbean Soul”, the follow up to the earlier this year released “Brik Move” and “Jamaica Rock” riddims. While the former is a dancehall riddim with a strong crossover vibe, the latter – featuring Busy Signal’s chart buster “Jamaica, Jamaica” – has an appealing modern reggae vibe.

Compared with the two previous released riddims, the “Caribbean Soul” riddim has a completely different style and vibe than the label’s usual productions. This one more or less combines lovers rock with rub-a-dub style, and the final result is totally satisfying. Amongst the big names on the roster of artists who have voiced the riddim are tried and trusted hitmakers such as Busy Signal, Maxi Priest, Alborosie and Romain Virgo. While all other artists involved in deliver songs that deal with romantic affairs, Ginjah and Pressure aka Pressure Busspipe are the only ones who don’t. The artist from Saint Thomas, US Virgin Islands opens with a great song in which he expresses his love for the Motherland called “Africa Love”. Due to the fact that Frenchie has enlisted capable vocalists, also the other takes on the riddim are more than worth hearing. Personal favourites are Ginjah’s “Still Believe” and “Take Me To The Floor”, the collaboration of Alborosie with one of his backing vocalists, the under-recorded Sandy Smith.

“Caribbean Soul” is a lovely riddim that has given birth to a bunch of pretty good tunes.