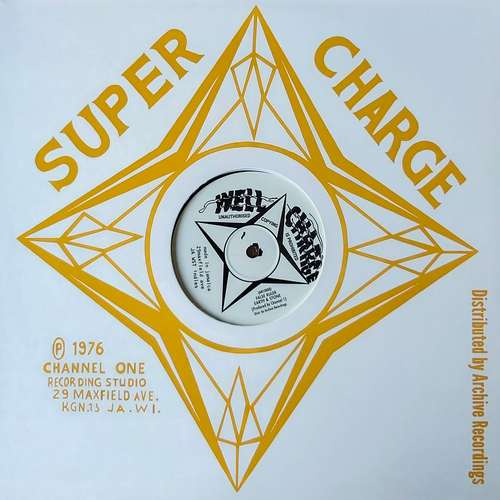 After the reissue of Earth & Stone’s Devil Must Have Made You, Archive Recordings comes up with a two new reissues from the roots reggae duo Earth & Stone. The two members Albert Bailey and Clifton Howell, tried their luck at Studio One in 1972. In 1973 they entered the Channel One Studios where they cut several quality tunes, mostly songs addressing cultural themes, including False Ruler, Jah Will Cut You Down and Three Wise Men. The release of the album Kool Roots as a double LP (vocal/dub) was rare at the time. It contained practically all of the songs they had recorded for Channel One. After a few recordings for the likes of Joe Gibbs, Ossie Hibbert, and Buster Riley, they disappeared into obscurity.

Archive Recordings, the reissue label from the UK recently reissued two 12inches. Three Wise Men, an exciting 12inch with previously unreleased mixes, read the review here, and False Ruler/Don’t Let Them Fool You. In this review, we will have a look at the latter title. Both come complete in a limited edition rare ‘Channel One Super Charge’ repro outer cover.

From the double a-sided platter we’ll first check False Ruler. The line “False rulers of the world, them haffi get a beatin” sums up the theme of this wicked rootical slice without hesitation. The song is a powerful statement of their strong belief and everlasting faith in Jah: “For Jah Jah never made no king to rule mankind.” It is a firm and proud song with an attractive contribution from a solid horns section. A tight execution of the dub version follows, in which the horns section demands attention. Excellent Jah inspired song! Don’t Let Them Fool You uses the vintage Treasure Isle riddim of The Techniques’ hit Travelling Man. The duo warns the people to watch out for all those sinners and to “don’t be a fool.” A timeless theme sung with conviction and a dub version that will certainly please the most exacting fan.
What can we say? Full marks to Archive Recordings for bringing back these gems from the Golden Age of Reggae