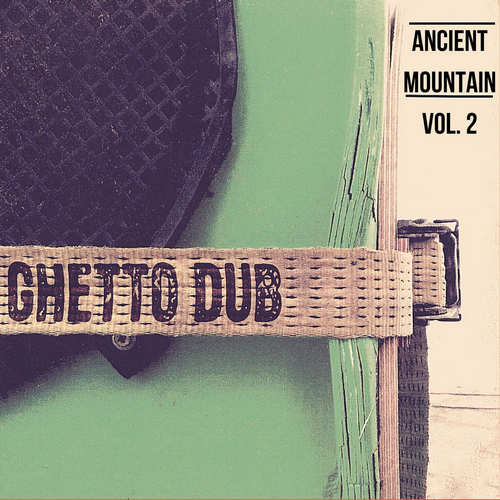 Ancient Mountain, comprised of experienced musicians Martin Musch (drums, percussion, mixing engineer) and Markus Dassmann (bass, piano, Hammond organ, guitar, synth), have recorded 11 tracks at the Ancient Mountain Studio in the rural areas of northern Germany. Their offerings are inspired by the recordings and mixes from the mid-to-late ’70s heyday of roots reggae. And thus it’s not really surprising that the first track, Golden Dub, can be recognized as a well-done interpretation of Soul Syndicate’s Red, Gold And Green from their 1997 album Harvest Uptown, Famine Downtown. Next comes the wicked Rebel Dub, on which German roots singer Uwe Banton plays rhythm guitar and furthermore comes forward with a few vocal snippets in the mix. Having worked with Ras Pacey and Robert Dallas, one could expect this set to include versions of tunes that were recorded with these two artists. Robert Dallas’ voice is heard in tracks like Iron Dub, Building Dubs, and Pure Dub (the latter being the version of Jah Love Is Pure), while Ras Pacey is present with dubbed up versions of Gideon Suit (Gideon Dub) and Conscious Music (Conscious Dub). Some of the tracks on this album are rather instrumentals than real dubs, but that surely doesn’t imply they aren’t any good.

An entertaining album throughout that raises expectations for new releases by Ancient Mountain Records in 2021.