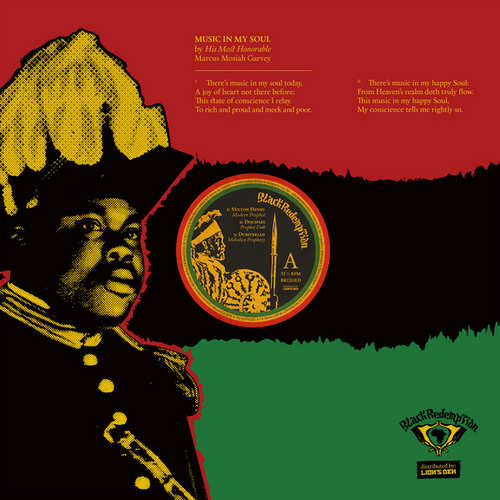 Although being active since 1966 and having released quite a few noteworthy singles including 1969 released No Bread And Butter (credited to Milton Morris), This World (credited to King Medious) from 1972, and 1976’s Gipsy Woman, probably most (older) reggae fans only know Milton Henry from his 1984 released Wackies debut album Who Do You Think I Am?. Lloyd “Bull Wackie” Barnes was also the producer of the more rushed second album Babylon Loot that came out in 1986 on the Japanese Tachyon label. After that it lasted until 2013 when his third album, the Roberto Sánchez produced Showcase album Branches And Leaves was released.

In recent years, Milton Henry has been featured on a small selection of releases with different producers from all over the world. Despite having recorded his first single about fifty years ago, his distinctive voice still hasn’t lost any of its mesmerizing quality and sounds as warm and smooth as ever. This can once again be experienced while listening to his latest release titled Modern Prophet. The 12″ vinyl platter features two different mixes of Milton Henry’s vocal cut on Russ Disciples recut of the classic Words Of My Mouth riddim and an equally deep reinterpretation by Italy’s dub veteran Buriman (Moa Anbessa). Modern Prophet is a special dedication to Marcus Mosiah Garvey, which is also expressed through the sleeve artwork by Martin Engelbogen aka Darkwing Dub. The song tells the story of ‘old Marcus’ to the ones who have an open ear and heart, young and old. Besides Milton Henry’s deep roots killer, this release features two dub versions by Russ D and Buriman respectively, and two instrumentals (Dubiterian’s melodica version and a sax cut by Sax N Dub). Just like the vocal cut, they are also of significant quality.

An impressive roots offering that shouldn’t be ignored. Highest recommendation!