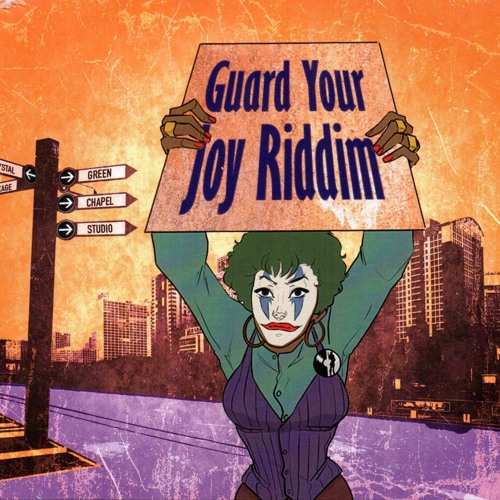 In the last month of the year 2020, France-based record label Vibeguard Recordings has unleashed the Guard Your Joy Riddim. The latter is a well-played original roots reggae backdrop that has been voiced by eleven artists including the label’s regulars like Jamaican veteran Carl Meeks and Daddy Clean, locally well-known artists, as well as up-and-comers. If you aren’t familiar with the French language it’s obvious that the lyrical content of about half of the tracks won’t be understood. One can only guess what it’s all about.

The riddim selection takes off with one of its best tracks, Island Girl, which vocally sees Carl Meeks excel in his well-known singjay style. Also good to hear is the solid lover’s piece Just One Night by young Jamaican singer Vanzo. Rosa Shanti, the talented singer from the city of Lille, comes up with a rendition of Junior Murvin’s Rescue The Children. She tries to match the soaring voice of the singer who’s best known for the single Police and Thieves, but unfortunately doesn’t fully succeed. Another French female singer, Lady Manuella, makes a better impression with her contribution titled All Night Long. Mexican-American reggae singer Sgt. Remo is present with Let Jah Love Flow, a nice to hear effort. The French songs that leave the best impression come from Daddy Clean and Liu Brown.

Although riddimwise this surely is a worthwhile offering, not every vocal cut is worth hearing more than once.