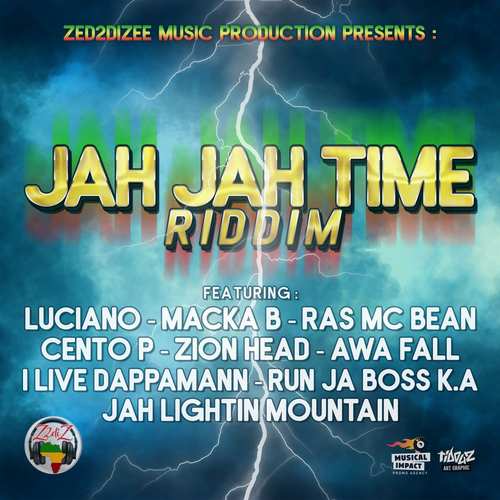 About five months after the label’s debut project, there’s the second compilation out on the streets called Jah Jah Time Riddim – composed by Ras Tea and mixed by Jeh Jeh (Roots Attack). Some of the artists that were involved in voicing the Planet Earth Riddim also participate in this new project. This time they’re accompanied by established artists Luciano, Macka B, and Ras Mc Bean.

The Jah Jah Time Riddim is a powerful well-played reggae backdrop with real horns (trombone & saxophone). It’s immediately clear that the riddim has an infectious vibe that will put a lot of motion in many reggae fans’ necks and feet. The first three tunes of this compilation by the biggest names featured here are likely to get the lion’s share of attention. However, don’t overlook the other cuts either because they’re all worth hearing. The strongest of the pack are Zion Head’s Why We Fighting For, Awa Fall’s Can’t You See, and Just Take It Easy by Jah Lightin Mountain.