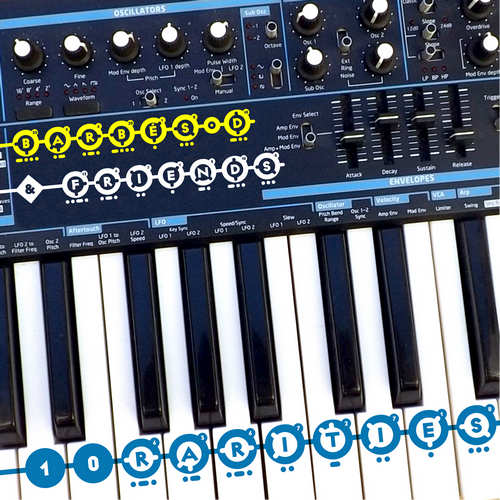 In 2015, Patate Records released Barbés.D full-length album Green Walk Dub on vinyl, which in 2019 was followed by Dan I Locks Meets Barbés.D: The Belleville International Collection and in 2020 by Barbés.D & Friends’ 10 Rarities, both releases being available on digital platforms only.

Composer, riddim maker & guitarist Barbeés.D is a French music and dub producer who composes his riddims and dubs at his own Natural Studio for many years. His productions, a mix of digital Jamaican dub and more progressive electronic sounds, have been played by various sound systems all over the world (Jah Shaka, Aba Shanti-I, Channel One UK, and King Shiloh) or used by mainstream artists such as Biga Ranx. He has collaborated with many international reggae artists including Joseph Cotton (Jamaica), El Fata (England), and Mo’Kalamity, Don Camilo, S’Kaya, and Little R (France), who are all featured on this 10 Rarities album. Featured are many unreleased tracks and a couple of rare tunes, taken from various vinyl only releases from the Belleville International/Patate Records label.

10 Rarities is comprised of vocal tracks, instrumentals, and dubs, which display the talent and skills of Barbeés.D and the six artists with whom he collaborated. Each track has its merit, but in particular, Mo’kalamity’s superb Keep On Fighting, El Fata’s appealing Move It Dub, Little R’s old-skool style singjay piece Tell Dem Again, and Musicians by veteran deejay Joseph Cotton are the ones that go on repeat.

A solid compilation worth checking.