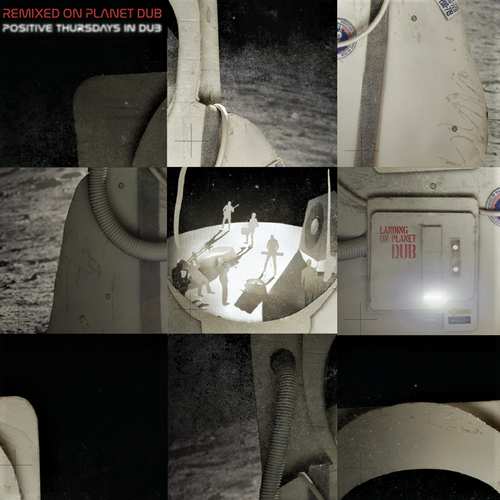 In the spring of 2020, an 8-piece Polish reggae/dub band named Positive Thursdays in DUB released their intriguing debut album Landing On Planet DUB. Eight tracks of that album now reappear in a remixed version on Remixed On Planet DUB, a digital only release from Dutch record label Rockers Artists Agency.

Not long after the release of Landing On Planet DUB, the band’s idea of putting out a remixed version more and more began to get shape. Friends from around the world were approached to come up with a fresh interpretation of their music. After few months they had eight unique remixes, eight new visions of the band’s music. These remixes are featured on this entertaining album and include versions by UK dub veterans Chazbo (Roots Temple) and Vibronics (Scoops Records), who have created the serious UK dub tunes Turbulence and Amazing Space respectively. Caribbean vibes are brought in by Trinidad-based Suns Of Dub which give Dub Wars a unique flow. Furthermore, there’s a solid representation of the Polish dub and bass scene by Død, which is the new stage name of a well-known dub/bass producer previously known as Violinbwoy, while drum’n’bass vibes are created by one of the very popular Polish producers called TVB. Noteworthy is Rising, an awesome remix from Jabbadub who has become more and more popular in the European dub scene. Experimental sounds come from Uncle Fester On Acid, an alter ego of On U Sound archivist Pats Dokter, while also Alien Levi from Dortmund, Germany, adds his touch on Knowledge.

A well-done project that offers the listener dub, dubstep, drum’n’bass, and bass variations.