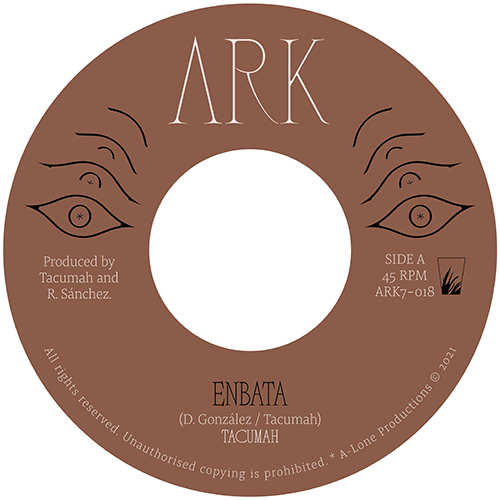 Released on the same day as Muscle Emanuel’s Crazy World, Tacumah’s Enbata is another new 7″ vinyl single that features the production and mixing works of Roberto Sánchez.

Tacumah is a reggae band from Donostia (Basque Country) that was founded in 2008 as a union between various Jamaican music enthusiasts. From the beginning, its main aim was to revitalize the roots reggae and dub sounds from the ’70s and ’80s. In order to do so, the band strongly focused their attention on bands such as Revolutionaries, The Professionals, or The Aggrovators, and put great effort into always maintaining a solid group of about 10 musicians, including also a vocal trio which evokes the marvelous Jamaican closed harmonies of legendary Jamaican vocal groups like The Abyssinians, Mighty Diamonds, or The Heptones. After producing several songs themselves during the 2010-2012 period, they then travelled repeatedly to Roberto Sanchez’s recording studio in Santander, the A-Lone Ark Music Studio, to record their debut LP entitled “Showcase”, which came out in 2014 on the Truthtown label.

And now, at the beginning of 2021, the roots reggae band presents its new single entitled Enbata which is taken from their forthcoming Showcase album for Roberto Sanchez’s Ark label. Musically and vocally the roots piece almost instantly makes a great impression. The horns soaked backdrop caresses the eardrums and so do the heavenly sounding vocals of Hanni Insausti, Izadi Edo, and Oiane Aramburu. And then there’s also its thoroughly entertaining dub version, Agiti Dub, which once again puts Roberto Sanchez’s creativity and engineering skills centre stage. Both, the vocal and the dub, makes one really looking forward to Tacumah’s forthcoming album release.

Not to be ignored, so do check it!