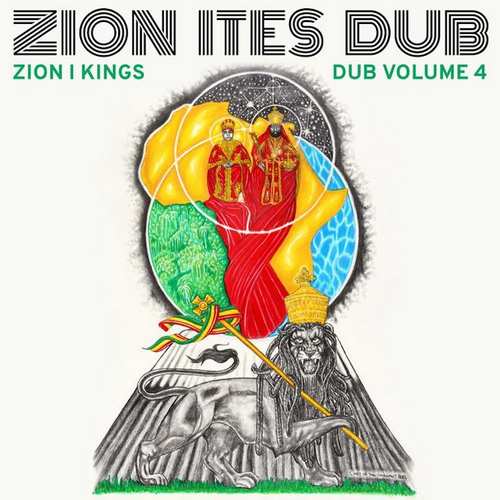 The Zion I Kings dub series continues with the fourth installment entitled Zion Ites Dub. The series started in 2016 with the release of Dub In Style (Lustre Kings) – a tribute to drummer Style Scott of Roots Radics & Dub Syndicate fame – and was followed by Dub In Zion (Zion High Productions) in 2017 and Digital Ancient Dub (Lustre Kings) in 2018.

Obviously, this selection features several dubbed up pieces from Arkaingelle’s highly acclaimed 2020 album Nah Watah Down. These include Dat I Am (Hola Green Dub), Substance (Across The Ocean Dub), and August Majesty (Ever Life Dub). These tracks as well as the other ones don’t have any vocal snippets in the mix. They’re just dub versions of the riddims. The opener, Mountains Remove Dub, is a killer piece driven by an awesome bassline complemented by the appealing trumpet sound courtesy of veteran Patrixx “Aba Ariginal” Matixx. Other standouts are Imperial Morality Dub, the beautiful Blue Mountain Dub, Ovah Ithiopia Dub with Addis Pablo on melodica, and Heaven Declares Dub, which features Drew Keys on trombone, melodica, and keyboards

As one can expect from works coming from Zion I Kings (ZIK), the production work is excellent, the mixing is expertly done, and the sound is first-class.