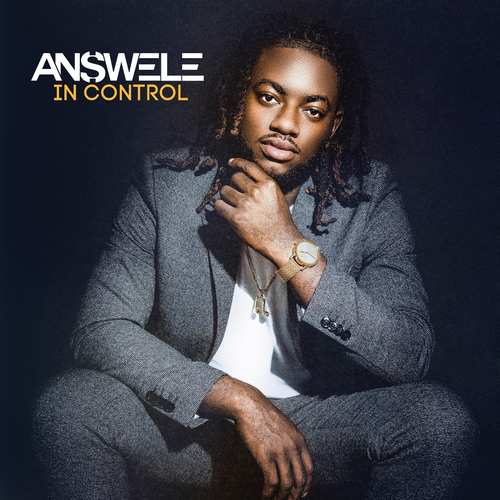 It was in September 2020 that gifted singer/songwriter/musician Answele Riley, popular known as Answele, had his breakthrough single Jah Is Control released. The song was produced by Grammy-winning producer Sean ‘Young Pow’ Diedrick, who also produced other Answele singles such as Stayed on the Destiny riddim, 1 Wine 2 Time, and Turn It Up. The latter, as well as a remixed (collaboration) version with Chronic Law of the uplifting Jah Is In Control, is featured on Answele’s 7-track debut EP.

Answele, a native of the quiet village of Barnstaple in Trelawny, Jamaica, discovered his passion for music very early in life, and that passion only grew as he aged. But, the years were not without struggles and adversity. His living situation was humble to say the least. Many of Answele’s childhood experiences pushed him to maturity more quickly than other children his age, but they also would have provided ample inspiration for the songs he would later write. However, a life-altering car accident in 2012 caused him to lose those precious memories, and since then he has been rebuilding and channeling his energy towards replenishing and finding new sources of inspiration. At age 21, Answele embarked on his first Europe tour with seasoned reggae/dancehall act I-Octane in December 2018.

The tracks on his debut EP are produced by Young Pow, who’s the engineer/producer and touring musician for Damian ‘Jr Gong’ Marley, and Damian Marley himself (Everlasting). Young Pow has been involved in several big projects like Damian Marley and Steven Marley’s albums, and successfully worked with Popcaan, Kabaka Pyramid, and Mavado to name a few. The riddims that underpin Aswele’s songs can be seen as exponents of the current ‘sound of Jamaica’ that incorporates crossover elements in order to reach a broader audience. Lyrically Aswele’s songs are meant to motivate and inspire and thus they contain messages every listener can relate to. The best tracks are Turn It Up, Jah Is In Control (Remix), and the awesome Everlasting.