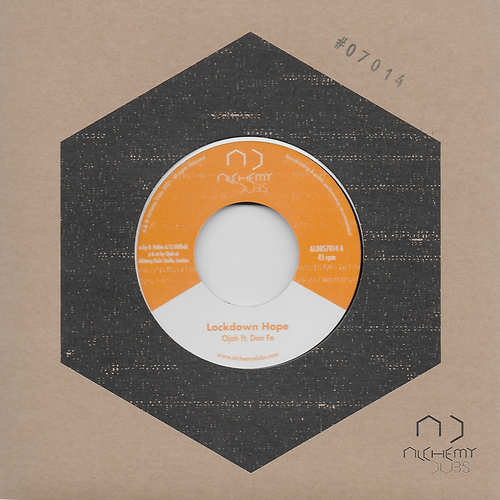 With over 40 records released over the years and hundreds of live shows, Murcia-based Don Fe has consolidated himself in the world of modern roots/dub as a leading international reference with his flute. Besides that he’s an active co-founding member of the sound system 4 Man Army and also runs his own label Jah Catalyst which specialises in hand-cut polivinyl releases featuring a variety of artists such as Prince Jamo, Ras Tinny, Murrayman, and many more, showcasing his own productions as well as collaborations with other artists

The track on the A-side of the single, the instrumental Lockdown Hope, was written and recorded during the first lockdown of 2020. It’s an entertaining track to listen to, bringing a mix of tough yet captivating militant drums that contrast nicely with the lovely melodies of Don Fe’s flute. On the flip side, the listener is served well with its matching stripped-down dub version mixed by Ojah.