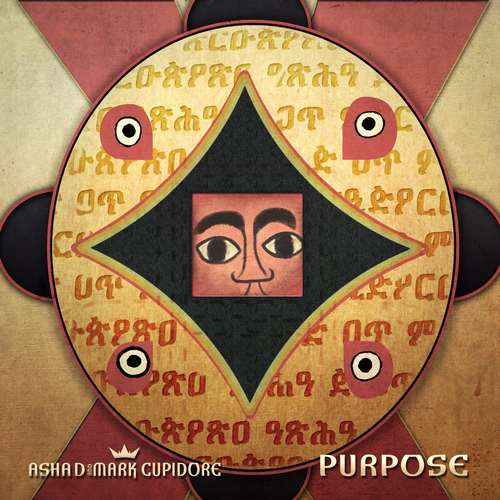 Recently we received a 7 track CD outta France from the combination Asha D and Mark Cupidore. This France / Trinidad combination was unknown to us, but after a quick listening session it turned out that this combination really appealed to us. Asha D is a true musical jack-of-all-trades – he is a singer, beatmaker, producer, songwriter, musician – and founding member of the Artikal Music label. The singer Mark Cupidore comes from Trinidad and Tobago and has been active as a singer for about 10 years. With his own flow of reggae music called Reggae Street Chant, and his conscious lyrics, he is a source of inspiration for his environment. The release comes in two flavors, a 7-track CD and the digital version that adds two bonus tracks. The titles of the album already indicate that thematically the album focuses on the conscious side of reggae. Asha D delivers a number of strong riddims across which Mark can show his vocal qualities.

Life’s A Heavy Load is a blazing opener. Over a traditional one-drop riddim, brimming with perfection, Mark sings about the struggles and strives we encounter in life, but we have to face them with the help of Jah. We have to set a Purpose in life, it is wrong to let chance and incident determine our lives. In short, that is the theme of the song, again underpinned by a relaxed one-drop riddim. The style changes with Jah Name Will Call Today. The song features lead vocals from both artists over a tight dancehall flavored riddim. The same goes more or less for Call Jah Name, it truly resonates and will demand instant replay.

Lyrically, About Black fits into the worldwide ongoing Black Lives Matter movement. It is a proud and self-assured song, in which Mark displays his singjay stylee across an engaging one-drop riddim. The same musical style is maintained on Troubles Away, with lyrics that are tuff and real. The bonus tracks are dancehall infected tunes, which invite you to dance, but whose lyrics are still relevant. Especially Dog Eat Dog across Asha D’s hip hop-esque Samourai riddim commands attention!