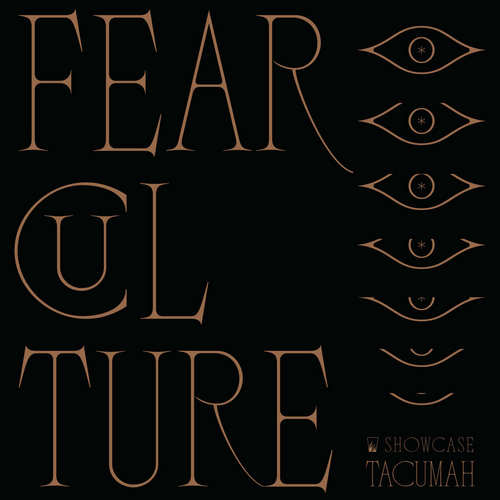 Hot on the heels of Tacumah’s 7″ single Enbata comes the band’s sophomore album Fear Culture, which follows up their debut LP entitled Showcase, which came out in 2014 on the Truthtown label. The tracks for that album were recorded at well-known and well-respected A-Lone Ark Muzik Studio. And also for their new album, the band went to the Santander-based studio to collaborate with esteemed musician, engineer, and producer Roberto Sánchez.

Tacumah is a reggae band from Donostia (Basque Country) that was founded in 2008 as a union between various Jamaican music enthusiasts. From the beginning, its main aim was to revitalise the roots reggae and dub sounds from the ’70s and ’80s. To do so, the band strongly focused their attention on bands such as Revolutionaries, The Professionals, or The Aggrovators, and put great effort into always maintaining a solid group of about 10 musicians, including also a vocal trio which evokes the marvellous Jamaican closed harmonies of legendary Jamaican vocal groups like The Abyssinians, Mighty Diamonds, or The Heptones.

Musically and vocally the single almost instantly made a great impression and thus raised expectations high for the Fear Culture album. Just like several other releases that were produced by Roberto Sánchez, this one is a Showcase album. It includes five vocal cuts plus an instrumental piece accompanied by their dub versions. Those who like horns-soaked old-skool reggae riddims get their money’s worth. Besides that the angelic sounding vocals of Hanni Insausti, Izadi Edo, and Oiane Aramburu are pleasurable to listen to, while lyrically the vocal tracks are full of consciousness. Each effort has its own merit and is of significant quality with favourites being the opener and title track Fear Culture, the slow-paced head-nodding Black Is Black, and Enbata. The instrumental SF Skank features the melodica as the lead instrument giving it a nice Augustus Pablo-esque feel and vibe. Roberto Sánchez fully showcases his creativity and engineering skills in the six dub versions, which makes them a joy to listen to.

Definitely worth giving it a listen!​