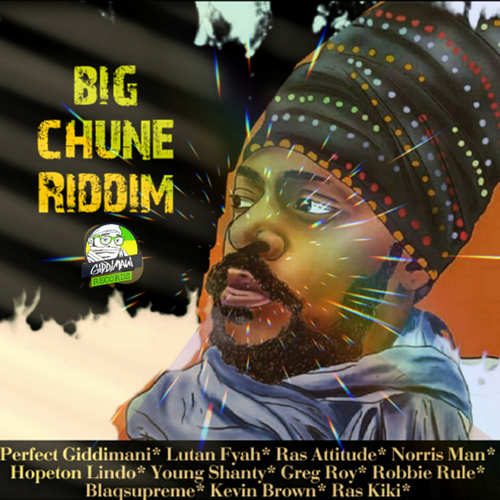 Giddimani Records drops a brand new juggling project called Big Chune Riddim. The riddim voiced by eleven vocalists including the label boss Perfect Giddimani, has been laid by the Soulnation Band. The latter, a backing band and riddim makers, is based in Nantes, France, and consists of five musicians being Mikael & Valentin (keyboards), Brendan (bass), Aurélien (guitar), and Jonas (drums).

The Big Chune Riddim and Perfect Giddimani’s Inna Marcus Name was first heard as the opening track of the 6-track EP Perfect Giddimani meets Soulnation Band: Dumpling Shop, which was released on October 30, 2021. This upful reggae backdrop is candy for the listener’s ears and it really lives up to its title. As mentioned there is the unstoppable Perfect Giddimani whose Inna Marcus Name is a sterling cultural piece. It’s followed by Lutan Fyah’s Sell Dem Soul, the next big tune across the riddim. And although the lyrics are a bit too repetitive, also the third track, Greg Roy’s Rock Of Ages, does not fail to make an impression. Cruzan artist Ras Attitude delivers the obligatory ganja song, the decent Miss Mary. Not one of the best songs featured on the album, but it’s hard to dislike anything that comes across a riddim that sounds like this. Both Norris Man and Hopeton ‘The Pen’ Lindo contribute solid efforts with the former delivering an incisive message tune, while the latter’s song deals with romance. Other really noteworthy tracks on this album are Robbie Rule’s Nah Bow and Visit To Africa by Ras Kiki & Fyah Mozah.

Definitely worth picking up.