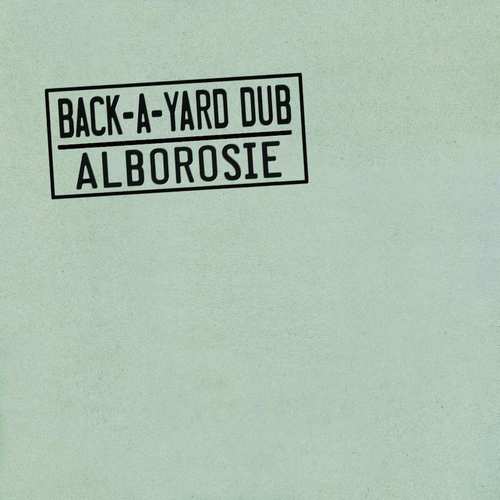 The Back-A-Yard album by veteran vocal group Wailing Souls, now a duo consisting of longstanding members Winston ‘Pipe’ Matthews and Lloyd ‘Bread’ McDonald, was produced by Italy-born and since 2001 Jamaican residing singer/musician/producer Alberto D’Ascola aka Alborosie. Together with the latter, the riddims were laid by fine musicians including renowned players of instruments like keyboardist Tyrone Downie (formerly of The Wailers) and bassist Errol ‘Flabba’ Holt of the Roots Radics band at Alborosie’s Shengen Studio in Kingston, Jamaica.

And now, hot on the heels of that recently released Back-A-Yard album, Greensleeves has released the vocal set’s dub companion entitled Back-A-Yard Dub, which features eight dubbed out versions of the instrumentals. After having put out Dub Clash (2010), Dub The System (2013), Dub Of Thrones (2015), Freedom In Dub (2017), and Dub For The Radicals (2019), this is Alborosie’s sixth dub album. This all showcases Alborosie’s love for dub music, which is also expressed by the spectrum of vintage gear he has collected over the years. Working with original organic vintage effects, Roland Space Echo, Fisher spring reverb, Ak 9 spring reverb, Ak 47 spring reverb, Fairchild reverb, Multivox delay, eli delay, MCI 2 tracks, and Tascam 24 track, enables him to sound closer to Channel One and King Tubby’s heyday than any other modern studio in Jamaica.

As already pointed out, the old skool style Back-A-Yard Dub, with its simple album jacket hand-stamped in the style of classic 1970s minimalist dub album covers and its 30m13s playing time, contains solely dub versions of the instrumentals, and thus there are no vocal snippets heard in the mix. Thinking of dub music, exciting memories emerge of soundscapes stripped to the bone, in which a strong degree of roughness and obstruction predominated. However, we don’t get this feeling here. Behind the mixing board, Alborosie produces a soothing relaxed atmosphere, almost a kind of ambient sound carpet that will please even non-reggae listeners.