Desmond Dekker and The Specials – King Of Kings

Desmond Dekker and The Specials – King Of Kings 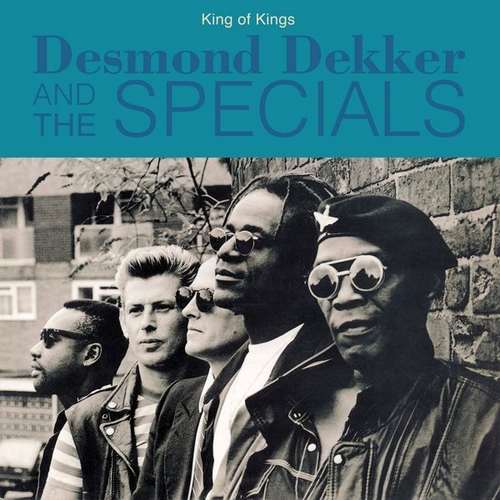 Born Desmond Dacres, Kingston Jamaica, Desmond Dekker started his career in 1962 with cuts for Leslie Kong. He teamed up with The Aces, with whom he won the prestigious Jamaican Song Festival in 1968. Dekker’s association with the Aces proved very successful as they kept on scoring a string of number 1 hits. As ska and bluebeat gave way to the less frenetic rocksteady sound, Dekker scored his first international smash hit in 1967 with the rude boy song 007 (Shanty Town). Further international hit status came with the 1969 released scorcher Israelites. That year he relocated to the UK. In the second half of the seventies, his career declined, but he re-emerged during the UK ska revival in the eighties. In the nineties, he released some albums, including this album, King Of Kings. He died of a heart attack in 2006, aged 64. The Specials, led by Jerry Dammers, became the face of the UK ska revival and scored several hits. After two hectic years, the group disintegrated.

Let’s make one thing very clear, the level of the original tunes is nowhere equaled. That is not surprising because the atmosphere, the circumstances, the musicians, and the drive were completely different at the time. The choice of songs is excellent, check out those well-known and loved songs from the early days of ska and rocksteady. The arrangements are very ‘nineties’, which does not benefit the atmosphere. The fact that Desmond Dekker was a contemporary of the original performing artists is a plus, he knows what he is singing about and is familiar with the original. Who knows, he may have contributed to one or more songs in one way or another.

The album opens with one of Jamaica’s most famous songs, the traditional Sammy Dead, which became famous with Eric ‘Monty’ Morris’s performance, their rendition of this one is enjoyable. Then follows a slightly too hasty version of Derrick Morgan’s 1968 hit Fat Man. The performance of Desmond’s early hit King Of Ska is rather polished compared to the original. In 1963, Carry Go Bring Come became a super hit for Justin Hinds and The Dominoes, a somewhat daring song with roots influences at the time. Here you’ll find a decent version of this classic. Delroy Wilson’s rocksteady hit Dancing Mood is performed in a very soft way. Hopeton Lewis’ chart-topper Take It Easy, unfortunately, lacks the sharpness of the original. The traditional Wings Of A Dove is one of the most swinging tunes on the album.