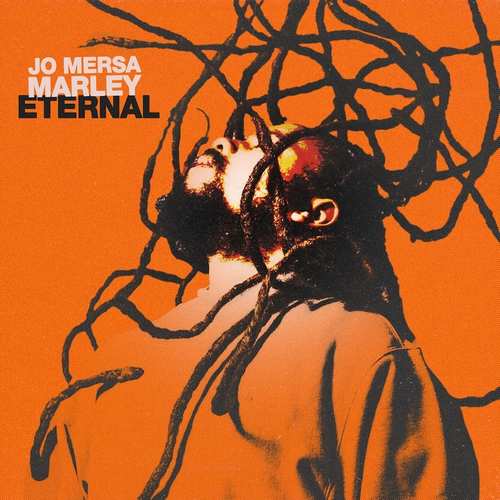 After the release of his well-received EP Comfortable in 2014, Jo Mersa Marley took some time to not only hone his sound but also to work with some of the giants in the music. Now, six years after his first EP, Jo Mersa releases his sophomore offering, the EP Eternal. The 7-track project features the likes of Busy Signal and Melli as well as label mates Kabaka Pyramid and Black Am I.

As the eldest son of Stephen Marley and grandson of Bob Marley, Joseph ‘Jo Mersa’ Marley grew up surrounded by music. Born in Kingston, Jamaica on March 12, 1991, he moved to Miami at age 11 where he keenly observed his father and his uncle Damian as they created music in Stephen’s Lion’s Den studio. When he was around 12, he and his cousins went on the Melody Makers’ Roots Rock tour. A month prior to his 19th birthday, Jo Mersa’s first single My Girl, which he wrote when he was 14, was released on Ghetto Youths International featuring his cousin Daniel ‘Bambaata’ Marley. The single was followed by his first solo effort Bad So. Originally released in 2013 on the compilation Set Up Shop Volume 1, the sleek electro-dancehall hybrid Comfortable and its accompanying video generated a strong response among music fans so it was chosen as the title track for Jo Mersa’s debut EP.

This new Eternal EP, a collection of tunes that speaks on a variety of topics from growth, to justice, romance, and even alternative medicine, has a light narrative arc that is connected through the sonic progressions. Starting with the heavy reggae cut titled Guess Who’s Coming Home, the listener is treated to a variety of sounds such as the hardcore dancehall collaboration with Busy Signal called Yo Dawg, the feel-good dance song Made It, done in collaboration with Kabaka Pyramid, and the superb reggae piece No Way Out featuring Black Am I.

Jo Mersa Marley, who has greatly developed in the past years, really opens in terms of range, while maintaining an easily digestible time of 23 minutes.