Laid Blak – From The Vaults

Laid Blak – From The Vaults 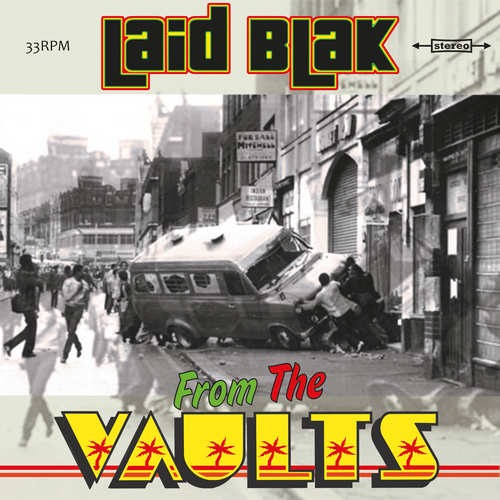 In 2018, Sugar Shack Records released Laid Blak’s About Time, the sophomore album from this Bristol-based band. Two years later, this well-received refreshing collection of tunes with a diverse and eclectic sound was followed by its Deluxe Edition. And now, Sugar Shack Records has put out an 11-track compilation album aptly titled From the Vaults. After about twenty years of writing, producing & performing, and with many of their activities coming to a halt due to the Covid pandemic, the band’s founding members Bunjy & Joe Peng decided to dig through the archives and remaster a selection of never released pieces of work.

The From The Vaults set provides a good overview of how the unique Laid Blak sound has been evolved over the past two decades. As anyone who’s familiar with the About Time releases might have expected, the sounds featured on this album are an eclectic mix of musical influences from reggae, dub, soul & blues. Those who have attended a Laid Blak live performance will recognise songs such as Roodie (an adaptation of Dandy Livingstone’s Rudy, A Message To You) and Golden. And perhaps they’re also familiar with guest vocals from British Antiguan descent Tita Lua in the bluesy Pain and Tanya Lacey in the funky groovin’ Keep Fit, which incidentally at the time featured on Fatman Scoop’s infamous TV programme. Furthermore, there’s the huge influence from some original band members including fresh vocals from Flex on the opening tracks The Way I Feel and If It Ain’t Jah.

Although not every track featured here is a winner, this contagious collection of tunes is solid throughout and thus worth hearing. And even if you’re a reggae purist, we are sure you’ll enjoy the sounds of Laid Blak.