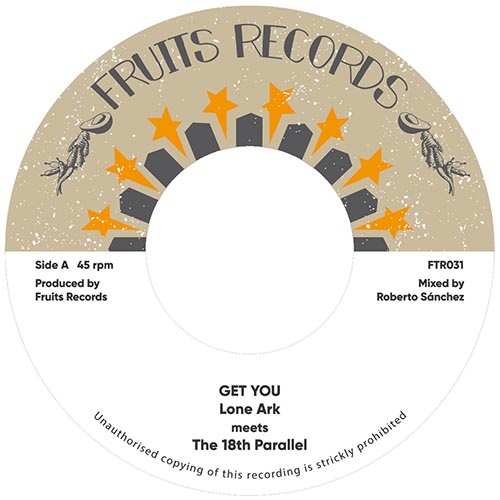 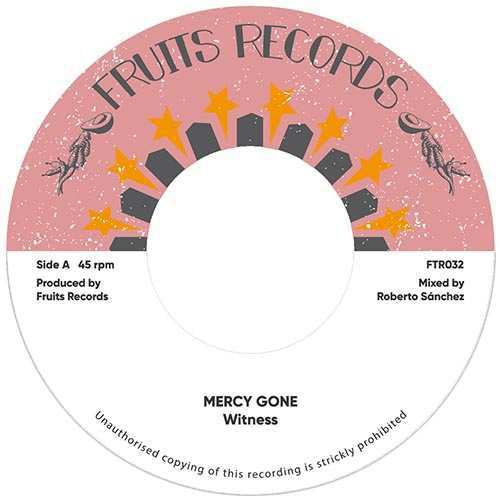 In recent years, the production crew of Fruits Records has been involved in projects that more or less have made them the equal of Spanish musician, producer, and sound engineer Roberto Sánchez of esteemed A-Lone Productions. It eventually led to a joint involvement in some of their projects.

For their latest collaboration, Roberto Sánchez takes on the role of vocalist for The 18th Parallel, Fruits Records’ studio band with core members being Mathias Liengme (piano, organ, percussion), Antonin Chatelain (drummer), and Léo Marin (guitarist). It underscores the versatility of Roberto Sánchez who under the moniker Lone Ark shows that he’s also a good vocalist, which those who have followed him since the late ’90s are already aware of. Get You, an amazing modern roots reggae tune that harks back to the heyday of roots reggae in the ’70s, urges listeners to reflect on their way of life and their current consumer habits in a critical way. The 18th Parallel with additional musicians from the Lone Ark Riddim Force has laid an intoxicating powerful riddim track that benefits from the glorious horn parts played by Gorka Fernández (trumpet, trombone) and Saioa Jorrín (alto saxophone). And as one might expect, also the Version on the B-side is ear candy. Get You is the first single from the forthcoming Showcase album by Lone Ark and The 18th Parallel due for release later this year.

The riddim track is also utilized for the second 7″ single which features Witness’ Mercy Gone b/w Mercy Gone Part 2 which sees Mr. Williamz joining Witness. The idea that led to the recording of this single is a remarkable one. 1978 released Mercy Gone is probably one of the most sought-after Jamaican roots reggae singles by record collectors as it is both an obscure and iconic sound system tune. Originally performed by the equally obscure 1 NY and Soul Syndicate, the song captures the essence of ’70s roots reggae: a slow tempo with a bouncing uptempo skank, inventive drumming and a compelling bassline, a raw but powerful sound, and a plaintive voice whose emotion reflects the harsh reality of the sufferer’s life.

Because the original 45 is now unavailable and estimated to be worth thousands of dollars, The 18th Parallel wanted to offer their own version. To do so, they engaged Witness, a young singer of only twenty years old with undeniable talent, but still unknown to the public. Originally from Swaziland, Philisiwe ‘Witness’ Lukhele delivers her own interpretation of Mercy Gone. Witness and The 18th Parallel have done a really good job especially because they gave Mercy Gone their own twist without ignoring the aesthetics of the Jamaican sound of the ’70s. Bringing in Mr. Williamz, who here utilizes an old-skool style, was a good move as the singer/deejay combination takes the song to an even higher level.