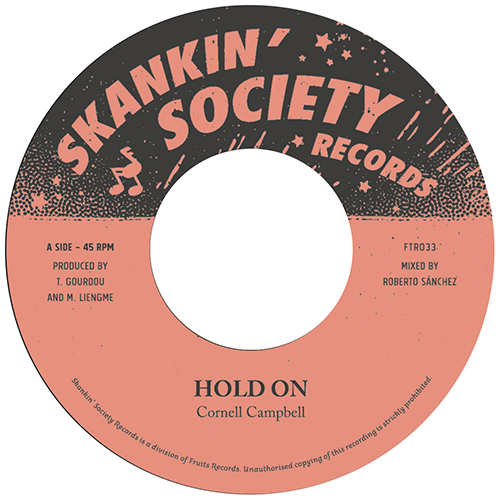 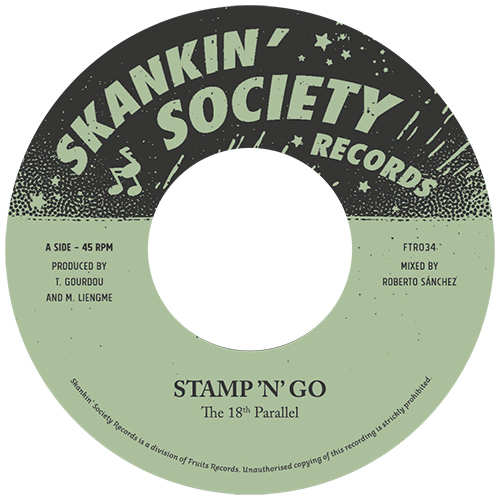 In recent times some great music has been coming from Swiss label Fruits Records and its great studio band The 18th Parallel. The band, led by Geneva-based musicians and producers Antonin Chatelain, Léo Marin, and Mathias Liengme, has drawn attention from reggae connoisseurs and fans with quality projects done in collaboration with an impressive roster of Jamaican artists such as Micah Shemaiah, Oku Onuora, The Silvertones, Burru Banton, Kumar (ex Raging Fyah), Sylvan White, Mike Brooks, I Kong, Big Youth, Fred Locks, and Ras Michael. Besides that, the band and label have built a strong bond with Roberto Sánchez from A-Lone Ark Muzik Studio and A-Lone Productions, and Perry Hendricks and Gaylard Bravo from Small World Studio, Kingston. have worked with legendary Jamaican musicians like Robbie Shakespear and Leroy ‘Horsemouth’ Wallace.

Their latest project is the release of two 7″ singles on their new label Skankin’ Society Records, which actually comes from a collaboration between Geneva’s finest retro reggae sound system, Skankin’ Society Sound System, and Fruits Records. The first 7″ single features a tune by the legendary singer Cornell Campbell aka The Gorgon. Back in 2017, Cornell Campbell teamed up with The 18th Parallel to record the beautiful Lovely Feeling, a roots reggae 7” reminiscent of Randy’s early ’70s sound. A few months later, the former lead singer of The Uniques and The Eternals and the band went back in the studio to pay another tribute to the Jamaican sound of the mid-’70s, the ‘flying cymbals’ sound. It was the ever-resourceful producer Bunny ‘Striker’ Lee who had Aggrovators’ drummer Carlton ‘Santa’ Davis develop the sound as a response to the then-popular ‘Philly bump’ style of US soul.

At the time, Cornell Campbell was one of Bunny Lee’s major singing stars. In 1975, he made his greatest impact on the Jamaican dancehalls, promoting himself on the ‘Gorgon’ series of records and adapting to fashionable ‘dread’ lyrics. The riddims that supported him on his mid-’70s hits were all in the ‘flying cymbals’ style. It’s obvious, Cornell Campbell is the perfect singer to take the microphone stand and voice the ‘flying cymbals’ riddim played by The 18th Parallel, featuring Leroy ‘Horsemouth’ Wallace on drums and mixed by Roberto Sánchez. Hold On is a killer roots offering that takes the listener back to the days when the singer with the highly distinctive falsetto was at the peak of popularity. The icing on the cake is Roberto Sánchez’s blistering dub version called Rhythm, which brings to mind dubs from King Tubby.

The second single is something totally different. It features an instrumental piece titled Stamp ‘n’ Go. The two versions featured on the 7″ single fully showcase The 18th Parallel versatility and excellent musicianship. Stamp ‘n’ Go, which again features Leroy “Horsemouth” Wallace on drums and Roberto Sánchez as mixing engineer, is an instrumental ska roots offering with a nice horns line and appealing beautiful solos. Whether playing at home or in the dance, it will surely move your dancing feet!