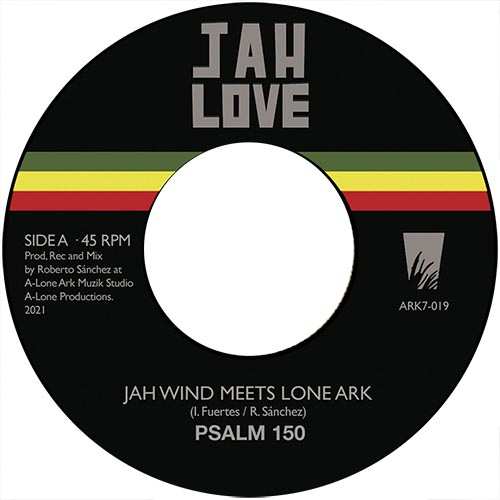 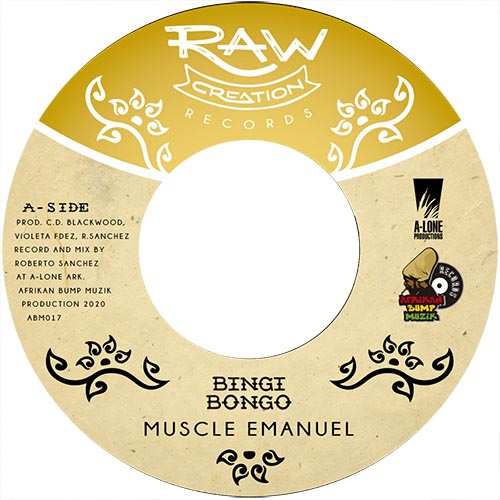 Two new limited edition 7″ vinyl singles have been released on A-Lone Productions’ subsidiary labels Jah Love and Raw Creation Records. And, as has been proven time and time again when it comes to reggae works coming from Spain’s Basque Country, fans of good reggae music and especially those who are into vinyl are treated very well when they put the needle on the record and turn up the volume.

The A-side of the first single, produced, recorded, and mixed by Roberto Sánchez at A-Lone Ark Muzik Studio, is an instrumental piece that prominently features the appealing alto & tenor sax of the mighty Jah Wind from Valencia, Spain. The track, entitled Psalm 150, is furthermore highlighted by the outstanding Lone Ark Riddim Force and the superb play of the trumpet & trombone by Gonka ‘Junior G.’ Fernández. Besides being an energetic and very infectious instrumental, Psalm 150 also sticks to your ears like glue with Jah Wind shining bright in providing the downright candy-like sax play. This is an effort that will definitely get you moving and there’s nothing wrong with that! Featured on the flipside is Lone Ark Riddim Force’s dub version, the heavyweight Psalm 87.7. It’s a real killer that brings to mind some of the best dub works from one of Jamaica’s greatest dub masters, King Tubby.

The second single features the deep voice and message from Spanish Town-based roots singer Carl Donovan Blackwood aka Muscle Emanuel. Bingi Bongo is the title track and also the second single that precedes the singer’s forthcoming Showcase album. It follows up the earlier this year released single Crazy World across the Rebel Up riddim. Bingi Bongo has been produced by Muscle Emanuel himself in collaboration with Violeta Fernández aka Purple D’Lyte, and Roberto Sánchez, who also recorded and mixed the song at A-Lone Ark Muzik Studio. The singer, whose voice has a hint of that of Macka B, delivers a solid Rasta-inspired tune in which he refers to people like King Selassie I, Melchizedek, Marcus Garvey, and Malcolm X. As the title clearly indicates Muscle Emanuel rides a nice percussion-laden riddim played by Lone Ark Riddim Force. To enjoy the riddim to the fullest you’ll have to flip over to the B-side of the single which features Bingi Bongo Dub. The latter’s most appealing parts are those that are stripped down to the percussion and the bass. Without a doubt, a good decision was to stay away from throwing in crushing dub effects into to mix. It lets the riddim come into its own which is really good.

Although musically two totally different singles, they are both worth checking out!