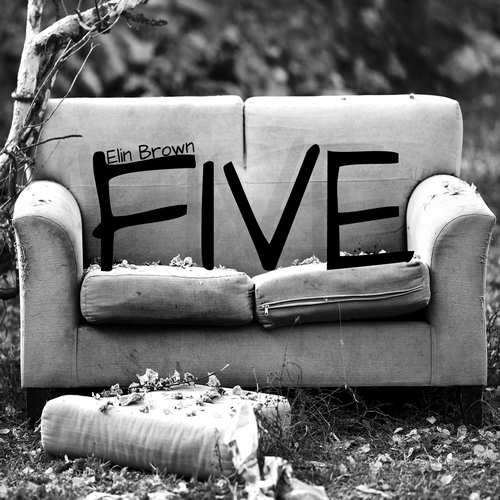 Elin Brown from Germany presents her solo debut EP entitled Five, which is done in collaboration with The Sons Of Africa and Alex Psaroudakis. The latter is a Grammy winning and multi platinum NYC based mastering engineer who is known across the pop, reggae, hip hop and electronic world for his dynamic, polished and musical master.

The music featured on Five is dedicated to vintage rocksteady, although you won’t get that impresssion when you listen to the opener and titletrack of the EP, which happens to be a slow-paced, bluesy pop ballad across a remake of the instrumental surf rock guitar/sax from a Louisville, KY group named The Silvertones that was released on Tilt Records in 1960. However, it’s immediately clear that this is a songstress with a great voice who is able to excel in various music genres. Not really surprising as her repertory comprises reggae, rocksteady, ska, soul, pop, alternative- hard,- blues,- indierock, and classical singing.

The following tracks of this EP are more reggae-oriented. Blue Lightsis a nice headnodding piece that strongly leans towards pop reggae, while the equally nice Back To Myself is a ska-fueled tune with appealing horns. Next comes Roomer, Elin Brown’s interpretation of The Silvertones’ 1966 Treasure Isle 7″ single Raindrops, which is underpinned by the original riddim played by Lynn Taitt and The Comets. Clearly hearing scratches and ticks indicates that the backdrop is taken from a vinyl release. The EP is rounded off with the entertaining jazzy-vibed lover’s piece No Diamonds. Lyrically, topics are broach from social issues, acceptance and positive solutions.