Rebelution – In The Moment

Rebelution – In The Moment 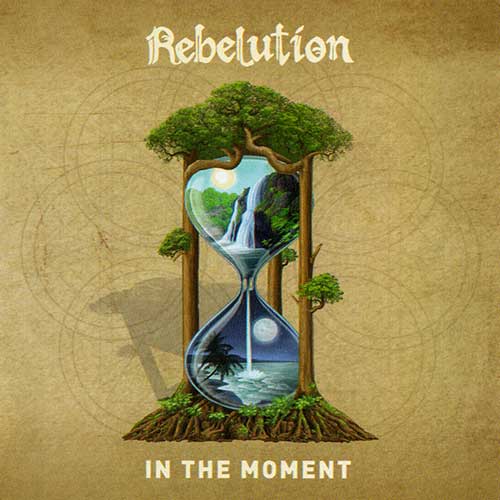 California-based Rebelution members are Eric Rachmany, vocals and guitar, Rory Carey on keyboards, Marley D. Williams is the bassie, and Wesley Finley takes care of the drums. They debuted with the album Courage To Grow in 2007. Two years later came Bright Side Of Life which was released on their own 87 Music label. A few years later the triple-album Peace Of Mind with acoustic and dub versions, marked a very high chart debut: #13 on the Billboard Top 200. Since then they have teamed up with Easy Star Records, which resulted in a number of good albums, including the live album Live At Red Rocks. The sound of the band is often described as ‘reggae, rock and fun sound with influences of funk, blues, and dub’.

Their latest set is called In The Moment. Since Covid brought too many restrictions, it was decided to record the songs remotely from their respective homes around Southern California. Guitarist Kyle was largely responsible for the production and arrangements.
The reggae songs on the album are catchy, with easy to sing-along to chorus lines, often with sophisticated subtle sound fx. Good examples are the first two tunes, which give us positive thoughts. Too bad that no more tunes have a reggae beat. Heavy As Lead, is indeed very heavy, the song is a real outsider on this album. Then follows a reggae/pop tune, beautiful intro by the way! The sensitive acoustic version of this song –To Be Younger– is also included. The combination tune with Kabaka Pyramid is a solid song, underpinned by a contrarian riddim, not for reggae fans. On All Or Nothing Busy Signal steps up and he adds a good piece of contemporary dancehall flavors.
The dreamy ballad You And I, a melodic moment of rest on the album, is pleasantly striking. Adapt,Survive is a pumping reggae song, in which the short rock guitar solo doesn’t really bother us. The US soul singer Durand Jones fits seamlessly into the musical concept of Rebelution, check That Zone, a nice and creamy tune! Simply Captivating is beautifully arranged, while on Places Unknown Keznamdi plays the role of deejay excellently!