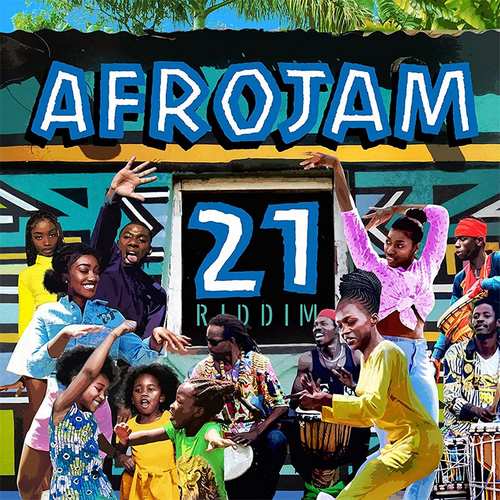 Maximum Sound’s usual suspects, Busy Signal and Mr. Vegas, are the biggest names on a list that furthermore features the names of lesser known artists. Including cuts from up-and-coming artists on this one riddim set is something Frenchie has regularly done as he always has the intention to bring some new artists forward. Here it are Yaksta (Bush Lawd), the fast-rising reggae/dancehall artist and songwriter from St. Mary JA, dancehall artist/producer Badda General, Marcia Griffith’s son The Kemist, Trinidadian/Jamaican songstress Lia Caribe, and New York-based Ajji (formerly known as Ajrenalin), who have been given the chance to shine on this brand new riddim.

Busy Signal headlines the pack with Party Girl which has already been released as a single prior to this Afrojam 21 Riddim set. And it’s fun to listen (and dance) to this opener. Fun time then continues with, after a brief listen through the next songs, in particular Yaksta’s Fete Life, The Kemist’s lover’s piece Favourite Drug, Lia Caribe’s The Islands being the ones that instantly strike a chord. But be assured that after several plays, it turns out that also the other tunes featured on Afrojam 21 Riddim are worthwhile efforts. Pretty sure, they’ll also keep your party bumpin’. In all, this is an entertaining collection of tunes.