Lloyd Hemmings – Work To Do

Lloyd Hemmings – Work To Do 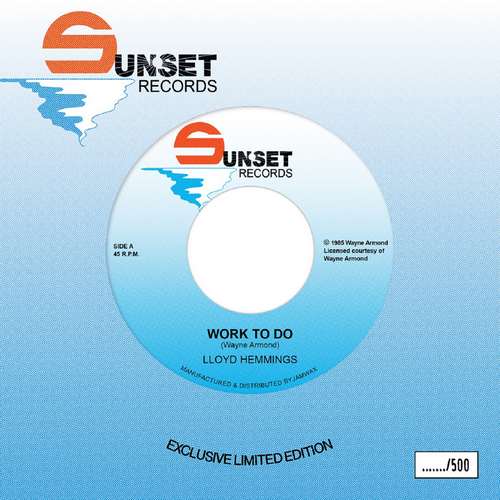 Lloyd Hemmings’ musical career is not characterized by a high frequency of releases. In the 1970s he recorded only a few tunes, but he became more active from the 1980s onwards, with productions for Augustus Pablo, Sugar Minott, Wackies, and Joe Frasier among others. In the early 1990s he recorded an album in combination with singer Yami Bolo and a nice set –The Healer Has Come– both produced by Augustus Pablo. In 2008 another album was released called Thirteen Months In Zion.

In 1985 he recorded the tune Work To Do with producer Wayne Armond, guitarist/singer with the band Chalice, for the 1985 Jamaican festival song competition. He recorded the song at the Dynamic Sounds Studios in Kingston, with musicians including Keith Francis, Desmond Jones, Mikey Wallace & Ervin ‘Allah’ Lloyd.

The reissue of this single by Jamwax Records brings this underrated singer back into the limelight. The uptempo song, underpinned by a rousing riddim, gives Lloyd ample opportunity to showcase his vocal qualities. The conscious lyrics sung with conviction are a plus and confirm the fact that this tune should not be forgotten.
The reissue -limited edition- comes in an accurate replica of the original 1985 issue.